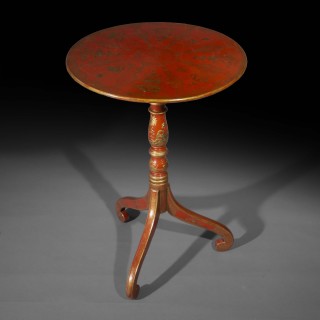 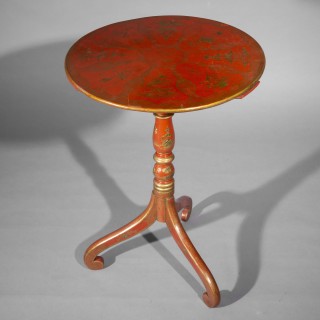 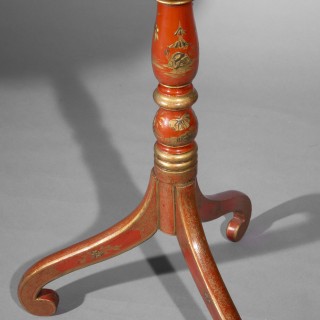 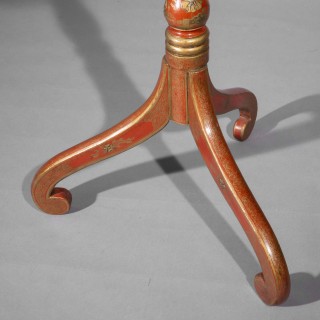 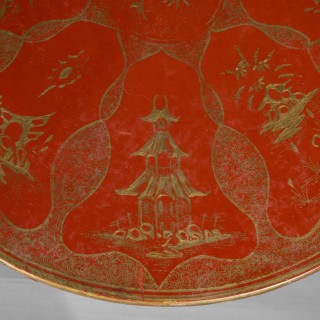 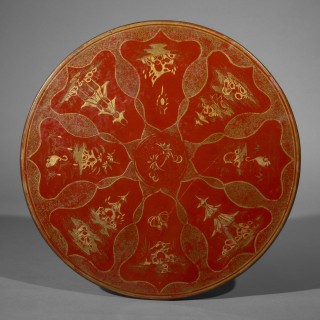 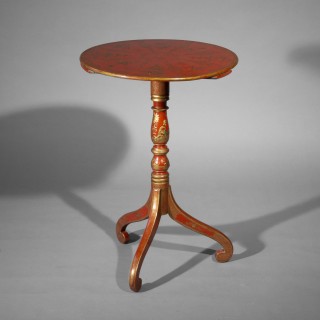 Why we like it
A very chic small table to add a playful accent to an eclectic interior.

Oriental lacquer was highly prized in Europe and had been used in furniture-making since the 17th century. This fashion saw a surge in popularity in the early 19th century England, promoted by the newly built Brighton Pavilion, fashionably furnished for the Prince of Wales, future King George IV. Such luxurious items were popular in England during the height of fashion for oriental exoticism, called chinoiserie in Europe.