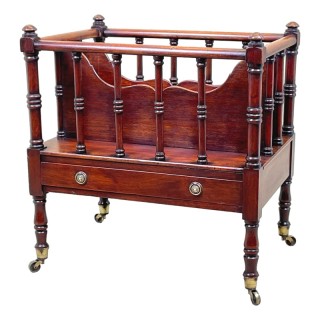 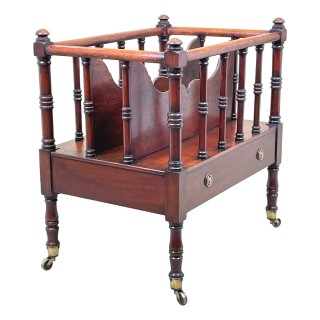 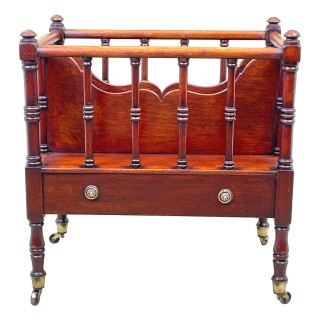 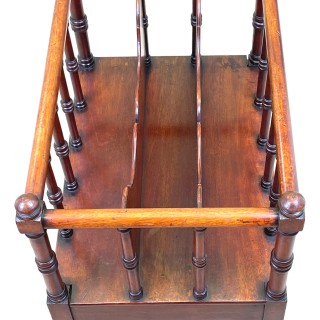 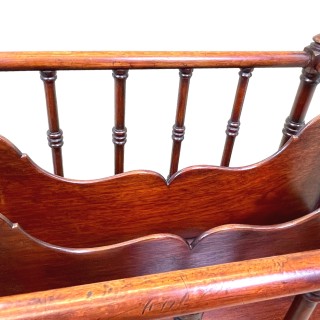 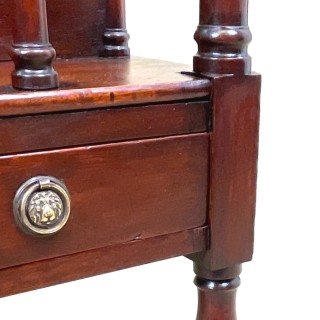 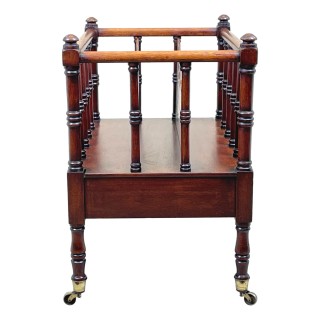 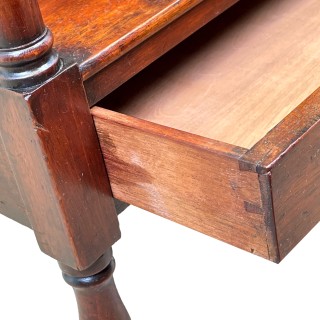 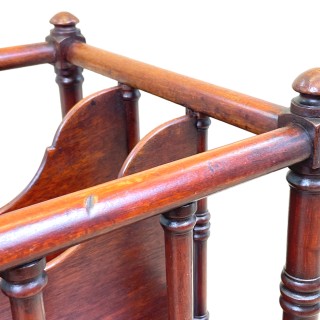 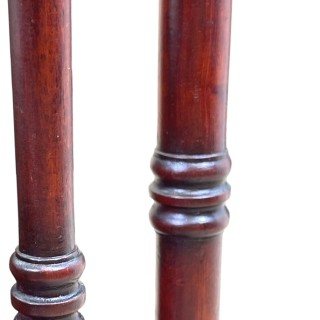 This is an extremely nice Canterbury and exudes elegance, class and sophistication. It is unusual in terms of it’s design, with the incredibly elegant turned spindle supports only around the outside edge and actually two well figured, solid mahogany dividers to seperate the inner part. It is far more common to find the divisions are simply seperated via further turned supports of the same design as the outer edge and we really like this slightly more punchy design, plus there is the additional benefit of more solid wood being involved resulting in something even more sturdy than usual!