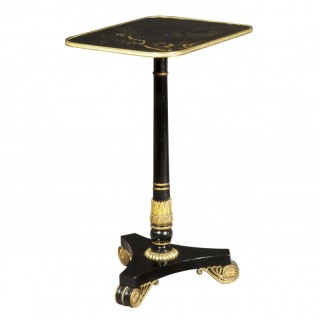 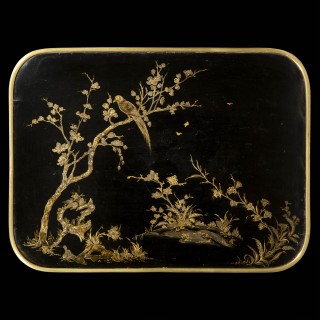 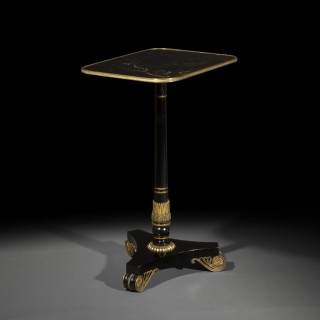 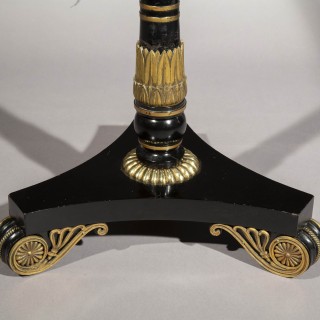 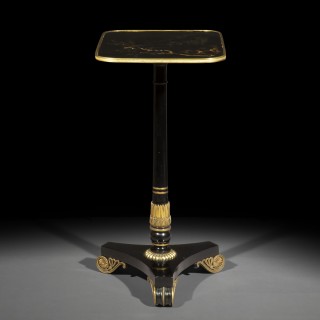 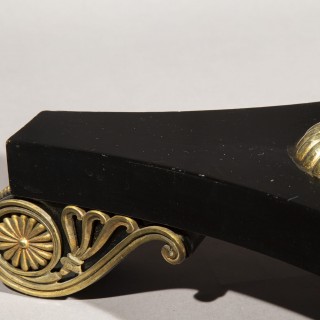 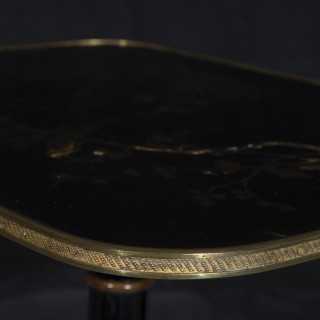 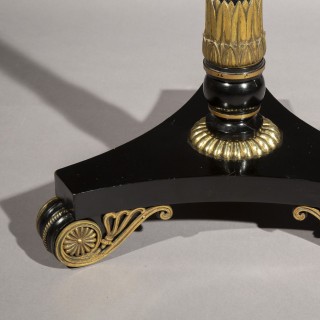 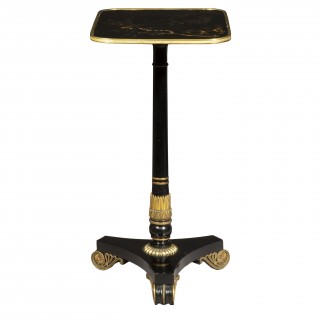 Base English, circa 1820, lacquer panel Chinese, early to mid-19th century.

Why we like it
A very chic small table of great design and superb craftsmanship.

Oriental lacquer panels were highly prized in Europe and had been used in furniture-making since the 17th century. This fashion saw a surge in popularity in the early 19th century England, promoted by the newly built Brighton Pavilion, fashionably furnished for the Prince of Wales, future King George IV.