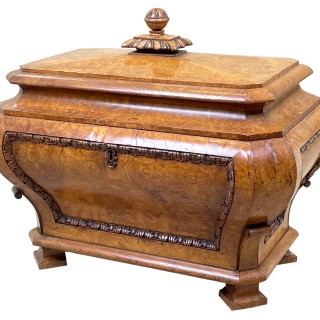 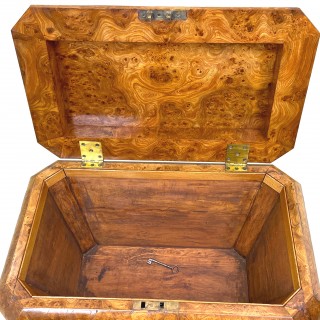 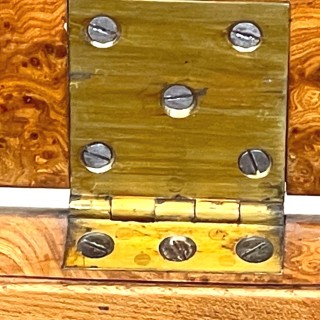 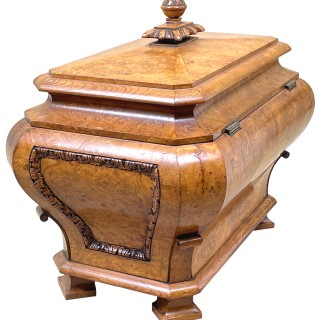 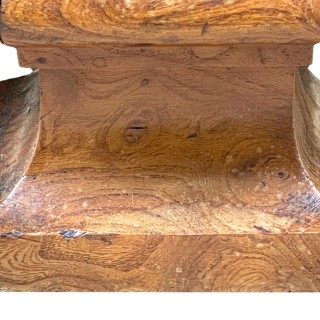 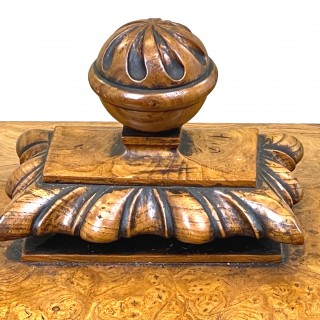 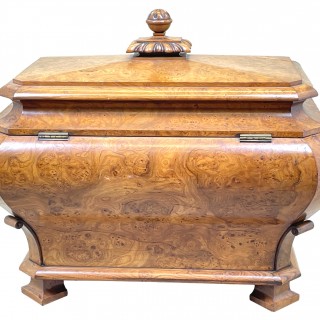 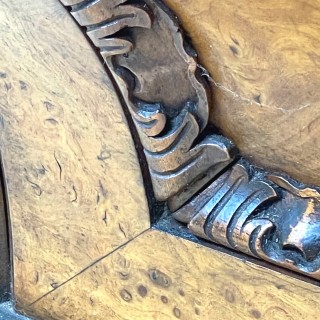 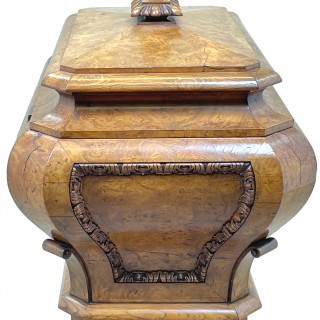 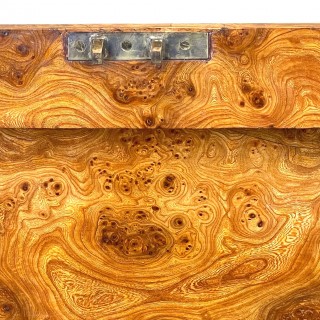 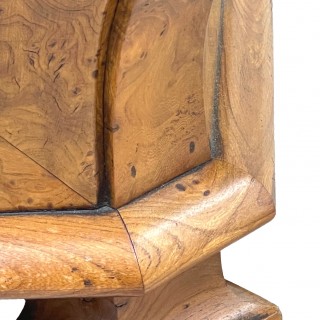 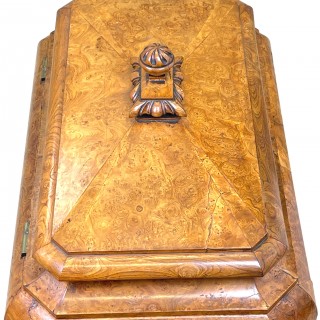 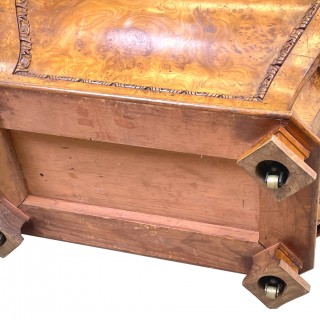 Cellarettes, often referred to as Wine Coolers, first started appearing as early as the 15 century in Europe. However they became far more widely used throughout the 18th and 19th centuries.

Their use was for storage of alcoholic beverages and more often than not they would have a substantial lock and key to ensure the valuable beverages did not go walkabouts in the wrong hands.

Sometimes they were built as part of a dining room set to match a sideboard and serving table and other times they were made as standalone pieces of furniture.

This particular one was almost certainly made as a standalone piece of furniture and is by far the nicest we have ever had the pleasure of owning. Every individual detail is quite simply exceptional and clearly the item has been made by an exceptionally talented cabinet maker based in one of the most prominent workshops of the Regency period.

The burr elm veneer which has been used is so well figured that it would have been exceptionally expensive to purchase as a raw material and this is before you even begin to take into account the levels of craftsmanship involved in the carving, the incredible bold sarcophagus shape and the overall quality of construction.

Quite the showstopper, this piece will be a focal point of just about any room and is something one will never grow tired of admiring and using.