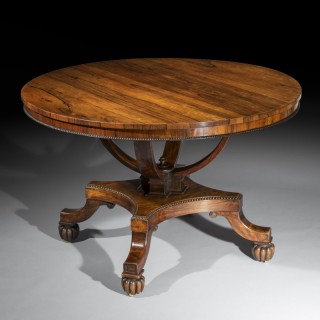 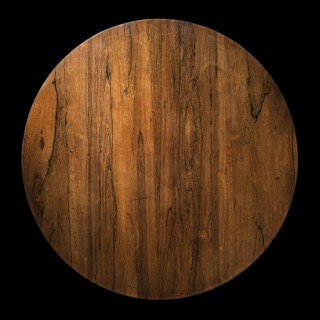 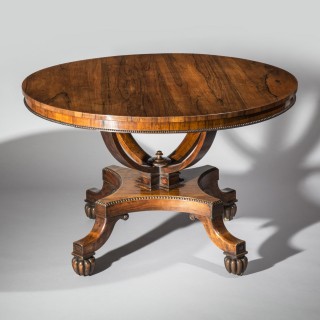 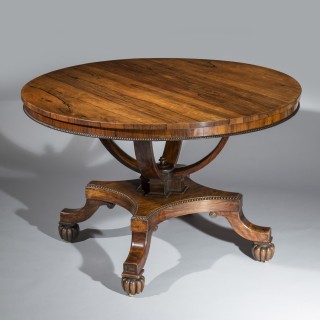 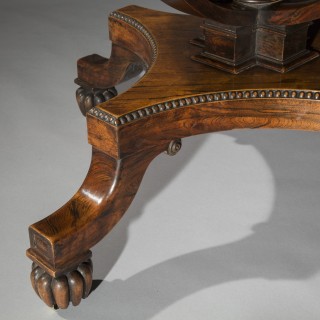 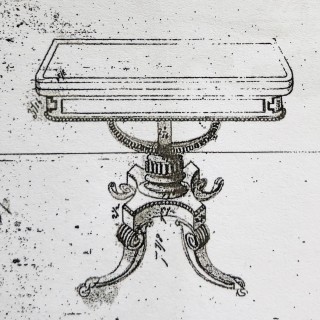 Why we like it
Its rare and unusual, almost architectural shape of the base, evoking 16th century Renaissance designs, and a delightfully virtuoso (original) faux-bois decoration, combined with its untouched, faded condition, make this table a unique and interesting example of its kind. Understated and masculine, this versatile cetre table is superbly proportioned to make a functional hall table or a smart dining table for an intimate party of up to four.

This distinctive design with beaded-edge concave quatrefirm base, raised on curved legs, and supporting the top on two half-rims, was introduced by the Gillows firm in the early 19th century was featured on a 1832 design for a card-table for Mr Goudy, which cost £10 12s 5p (Westminster City Archive). The gadrooned feet that conceal the castors are also Gillows signature feature.