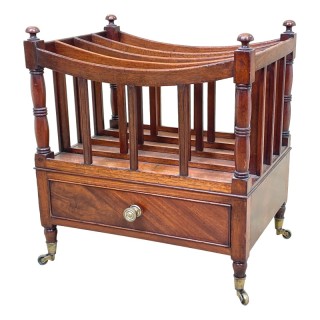 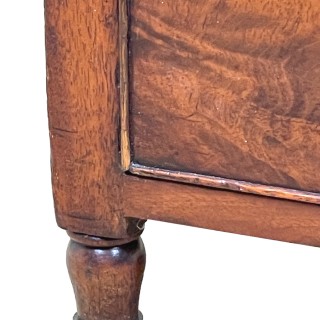 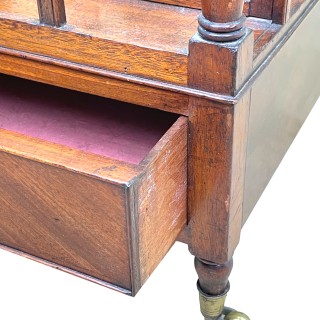 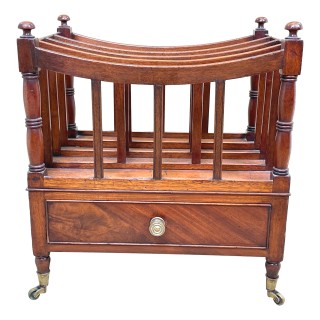 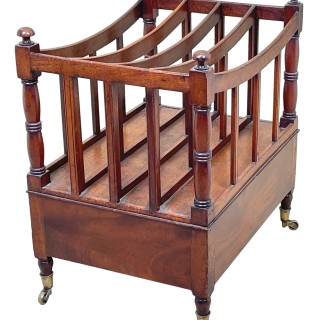 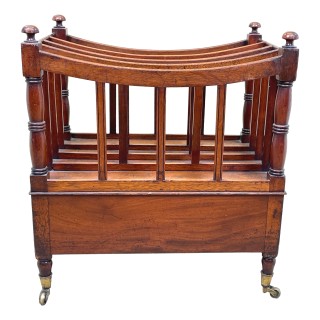 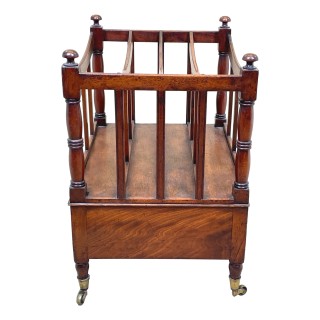 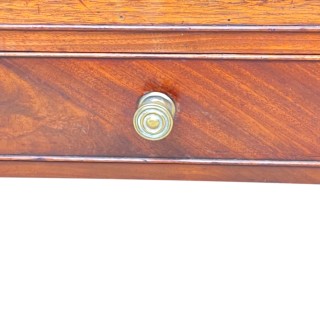 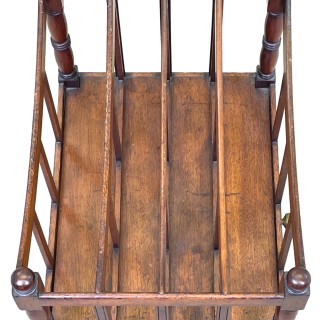 The term Canterbury is believed to have originally been used to describe articles such as this when the Duke of Canterbury commissioned something similar to be made for him towards the end of the 18th century. His initial example however had both horizontal and vertical divisions and its purpose was to store and transport cutlery around the dining room.

This design was quickly adapated into something which was absolutely perfect for storing sheet music and canterburies became regular features of 19th century homes for this exact purpose. Of course now they are the perfect object for the storage of magazines and books which you want quick access to in all sorts of different spots around the home.

This canterbury is constructed from good quality mahogany, which retains a nice colour and patina and it has a typical regency elegance to it. As the 19th century ticked by then in general terms canterburies became heavier and more elaborate and not neccessarily to everybodys tastes.

Overall the condition is good with no significant defects to speak of and as with all items which we offer for sale this canterbury has received a traditional wax polish in our workshops before being offered for sale.