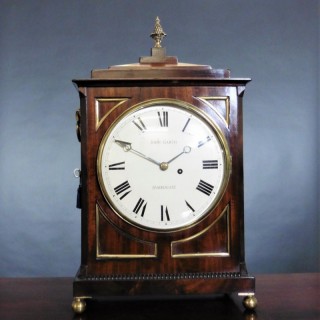 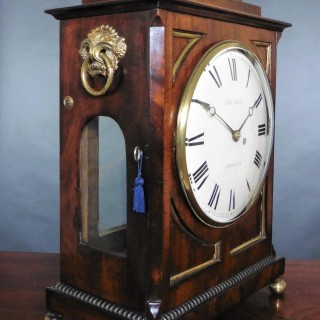 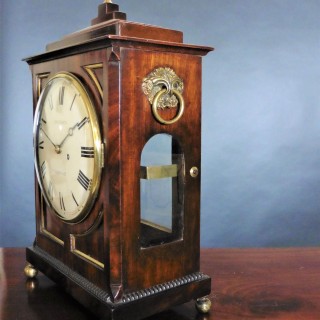 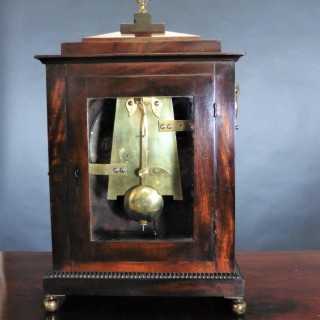 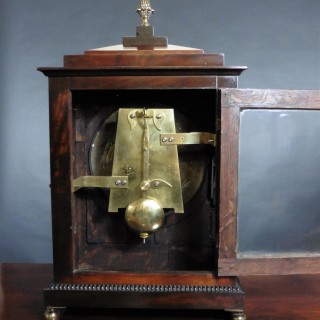 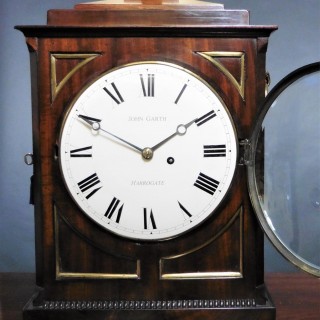 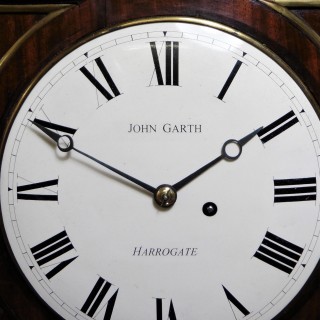 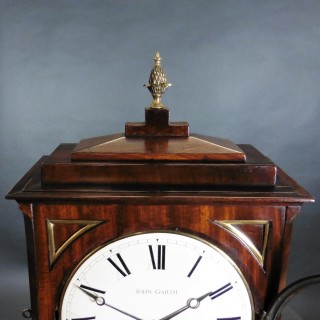 Mahogany case standing on a stepped base with ribbed decoration and standing on four brass ball feet, chamfered top surmounted by a brass pineapple finial.

Watchmakers and Clockmakers of the world by Brian Loomes lists John Garth as working in Harroagte c,1790.

Yorkshire clockmakers also by Loomes records John Garth as being both a watchmaker and a jeweller keeping retail premises in Harrogate from c.1822-26, he also owned a shop in Knaresborough High Street from 1822-1844. Also listed is Thornton Garth ( thought to be John’s brother) who worked as a watch and clockmaker from the shop in Knaresborough, however, by 1834 it appears that he moved on to Bramley near Leeds and by 1850 he is listed as working from 15, Mason Street in Leeds.