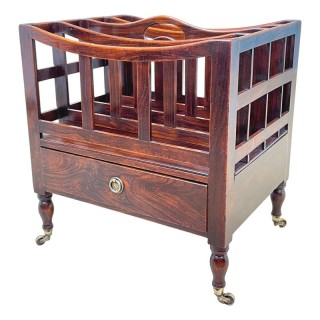 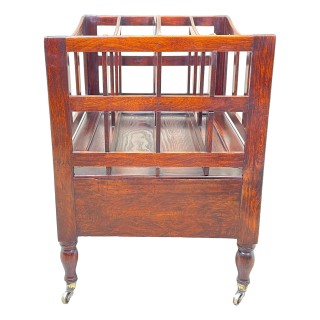 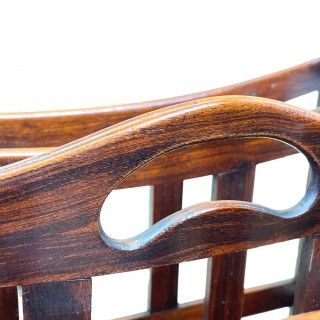 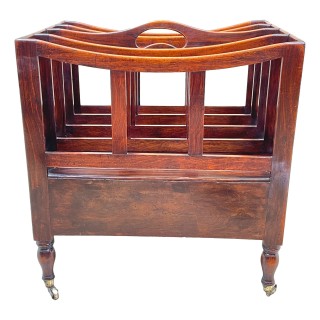 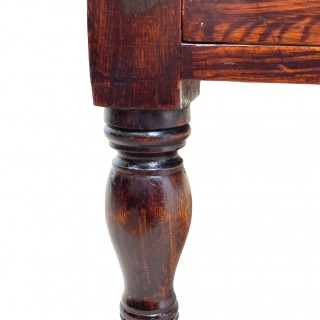 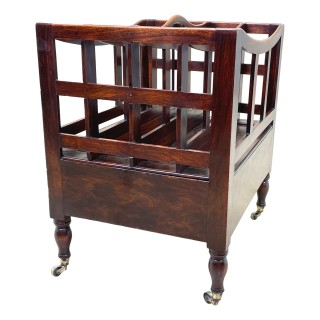 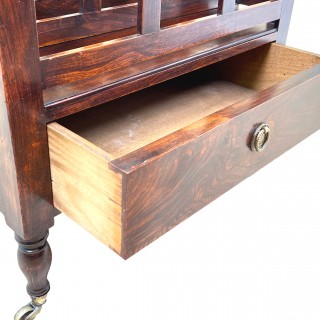 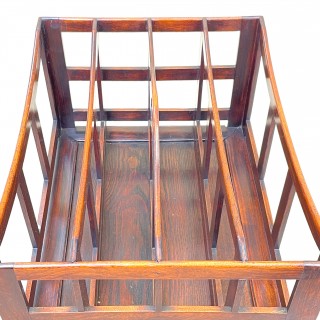 This unusual and elegant 19th century regency canterbury is particularly unusual in terms of it’s finish. Although relatively common to find larger, cabinet type pieces of furniture which are constructed from a softwood such as beech, then paint decorated to simulate the appearance of a different, more exotic type of wood, it is quite unusual to find a small piece of furniture like this with that effect and we think that its really rather charming to be honest.

As with all the items which we offer for sale, this regency rosewood canterbury has been attended to in the traditional manner at our workshops before being offered for sale, by our highly trained and skilled antique furniture restorers including a light clean and natural wax polish to ensure that it is in retail condition and ready to be placed immediately into the home or workplace.