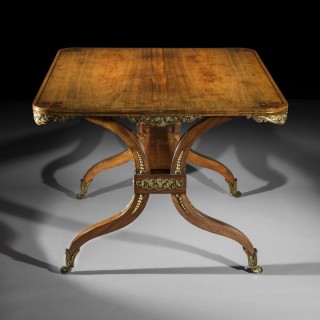 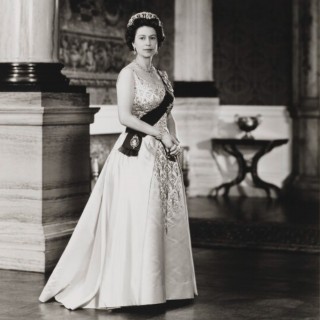 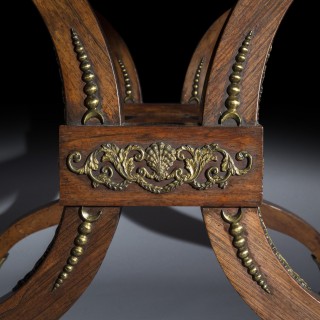 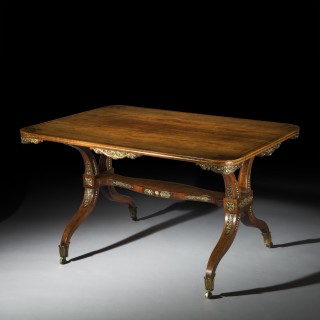 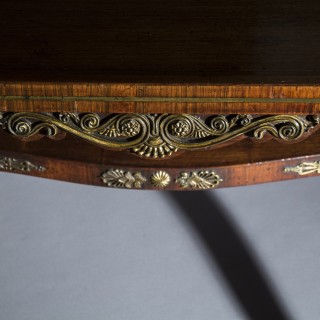 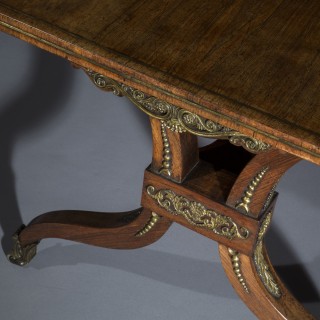 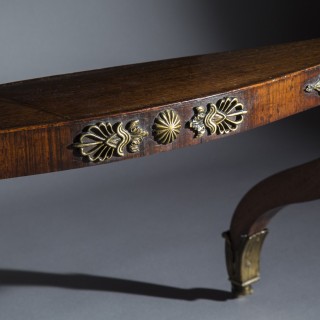 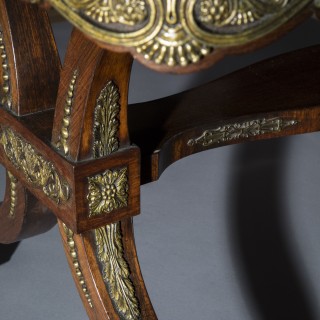 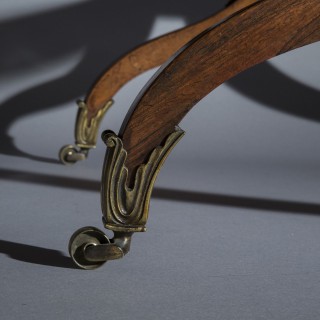 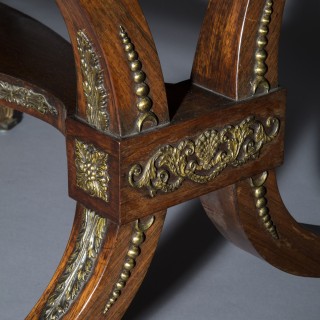 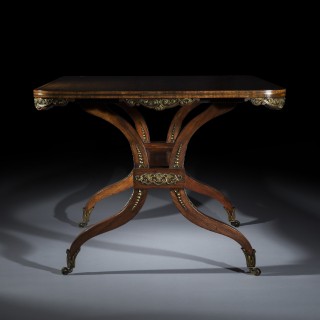 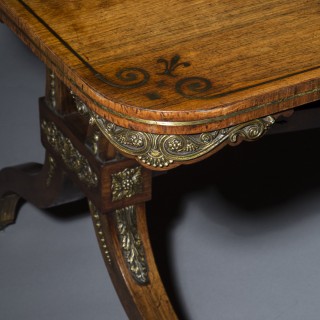 Its bold yet elegant spider-leg base definitely makes this magnificent table stand out from most of its contemporaries. Richly embellished with fine ormolu mounts and brass inlays, this perfectly proportioned table is preserved in remarkably original condition, with gloriously faded original surfaces.

Belonging to a group of furniture of the same distinctive ‘spider-leg’ pattern, with similar or identical decoration, traditionally associated with the London cabinetmaker George Oakley, this table is the only library table known in existence, while a number of card and sofa tables is recorded. Typically veneered in rosewood, calamander or ebony, and sharing identical or similar ormolu mounts and Boulle inlays in various combinations, these tables are made to the highest quality standard and certainly emanate from the same, undoubtedly London, workshop.

A pair of closely related card tables, attributed to George Oakley, with virtually identical decoration is in the Royal collection at Buckingham Palace, London. While it is uncertain how and when the tables entered the Royal Collection, and it is suggested that they might have been acquired by Queen Mary, it is not inconceivable that such examples might have been supplied to the Royal family by George Oakley, as he enjoyed the Royal patronage since as early as 1799 (see below).

A related sofa table, formerly in the collection of Lady Sackville, now at the Victoria and Albert Museum, London, is illustrated in The Dictionary of English Furniture, vol. III, p. 269, fig. 17. Other examples from this distinctive group of furniture include a rosewood card table with identical mounts and inlays, illustrated in Mallett, Exceptional furniture and works of art, London, 2010, pp. 34-35. Another Calamander sofa table with Boulle-inlays tothe top is illustrated in Mallett, The age of Matthew Boulton – Masterpieces of neo-classicism, London, 2000, pp. 112-113. A further sofa table, the only one known in rosewood, with slightly different mounts was also offered by Mallets.

The firm of George Oakley produced stylish furniture in the Grecian taste during the decades spanning the turn of the 19th century, and was one of the pioneers of ‘Buhl’ inlay, a form of decoration that regained popularity during the early years of the Regency. Fashionable materials such as rosewood, mahogany and calamander were often used in Oakley’s furniture, combined with inlays of satinwood and ebony, and brass stars and bands of metalwork. The highclass furniture made by George Oakley earned him a royal appointment and a contemporary reputation for fine craftsmanship.

Visits by the royal family to Oakley’s Bond St Showrooms are recorded in the Morning Chronicle of 1799. In May ‘the ROYAL FAMILY, with the PRINCE and PRINCESS of ORANGE did Mr. OAKLEY the honour of viewing his Printed Furniture Warehouse in New Bond Street; when her MAJESTY, the Duke and Duckess of YORK, and the PRINCESSES, &c., highly approved of the splendid variety which has justly attracted the notice of the fashionable world.’ Two weeks later, ‘Notwithstanding the fatigues which the Royal Family underwent [at the King’s Birthday Parade], the Queen and Princesses, accompanied by the Duke and Duchess of York made a tour of the most elegant shops and manufactories in the different lines of the useful Arts. We saw them at Oakley and Shackleton’s magazine of furniture in Old Bond Street … and thus Their Majesties, in the prevailing taste for magnificence in every article of decoration, give the most flattering encouragement to the arts by their countenance and protection’. On the evening of the celebrations in honour of the King’s Birthday, ‘the illuminations were mostly confined to the gaming houses and the tradesmen. OAKLEY’s furniture magazine was the most tasteful and novel in its design’. [Morning Chronicle, 23 May, 5, 6 and 17 June]

The accolade of Royal Appointment followed shortly after this tribute to royal patronage, and on 2 July an entry in the Morning Chronicle advertising the wide stock of fabrics available at 67 New Bond St is headed ‘GEO. OAKLEY and Co. FURNITURE PRINTERS to her MAJESTY’.