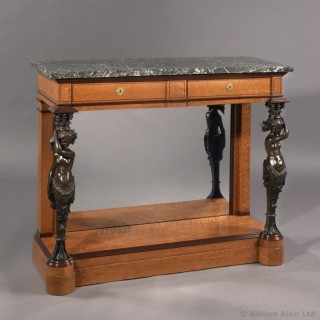 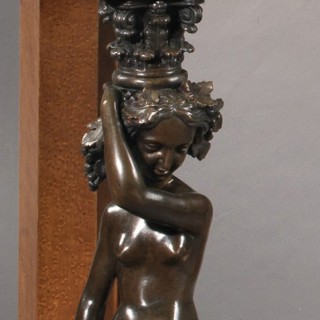 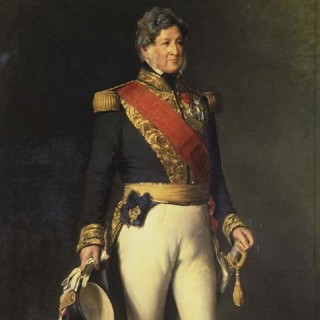 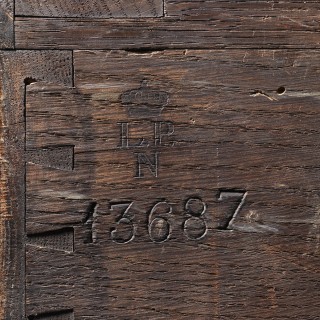 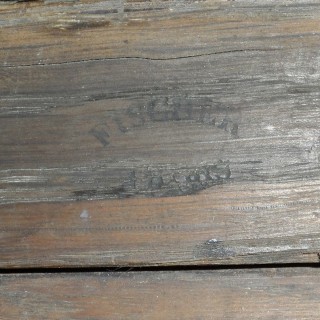 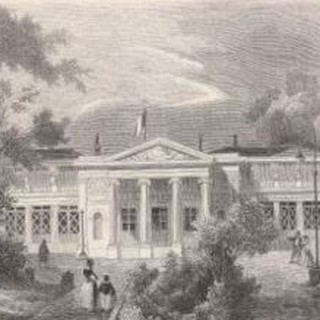 This rare console table has a rectangular marble top above a frieze with two drawers raised on finely cast patinated bronze female term supports, a mirrored back and a plinth base.

The table is stamped ‘Fischer à Paris’ and with ‘LPN’ beneath a crown for Louis-Philippe Neuilly, and the number 13687. The locks stamped ‘Huby Fils Serrurier a Paris’.

Jean-Christophe Fischer (1779-1854) was an important French ébéniste and bronzier, specialising in making furniture, mirrors and chairs. He had an established business in Paris from 1820 until his death in 1854. During this time he produced furniture for the King Louis Philippe, for his Château de Neuilly residency, amongst other important commissions.

In 1837 he participated in the Exposition de l’Industrie Francaise, where he exhibited a cylinder bureau, a table and a pair of consoles, winning a silver medal for his work. According to the Exhibition’s report:

In 1844, he also participated in the Exposition de l’Industrie Francaise where he received a gold medal for his work with ebony and bronze.

This console table was formerly owned by Louis-Philippe, King of France, at the Château de Neuilly.

The Château de Neuilly was built for Marc-Pierre de Voyer d’Argenson. It was purchased in 1818 by Louis Philippe, who was then proclaimed King of the French on April 9, 1830. The château was looted and destroyed during the 1848 revolution. After his abdication, Louis-Philippe spent the last two years of his life in England.

Exhibitions:
Museum of Decorative Arts, Masterpieces of the great cabinetmakers, n.51 a desk with filing cabinet and chair, circa 1835.