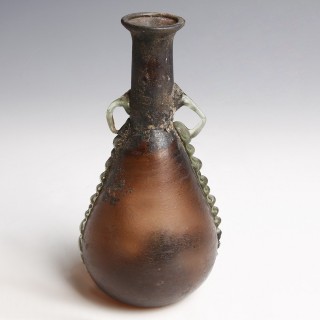 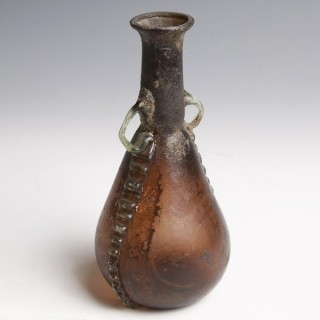 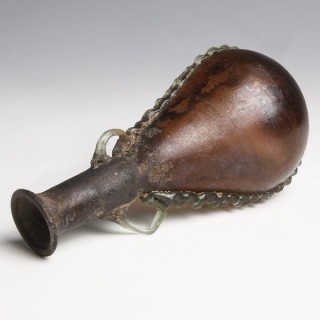 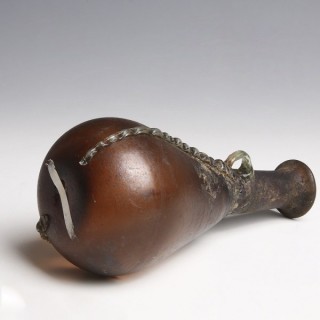 A Roman two-handled bottle made from aubergine coloured glass. Featuring a large pyriform body that joins to a long, cylindrical neck with an everted rim. Two rod handles in pale green glass have been applied from the neck, trailing down the sides of the body to the base. Areas of iridescence and patches of brownish weathering to the neck.

Roman trade stabilised during the 4th century AD, with the reign of Constantine the Great. With Constantinople as the new capital of the Roman Empire, glass workshops in more regional areas of the Empire flourished. The trailed decoration seen here was a feature of glass commonly used in the 4th century.

Very fine. Repair to the neck.