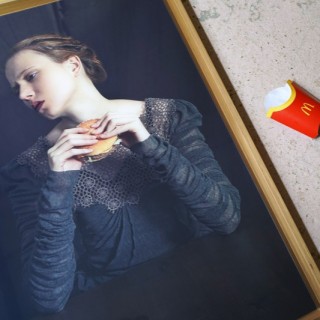 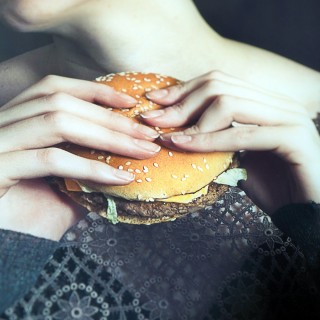 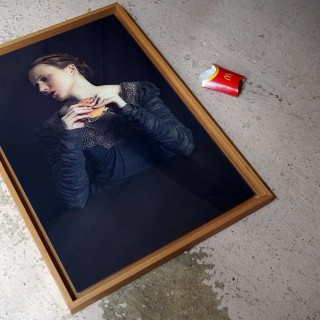 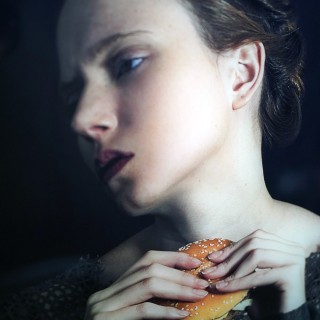 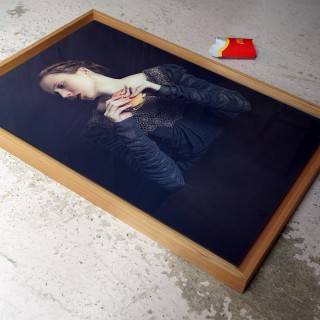 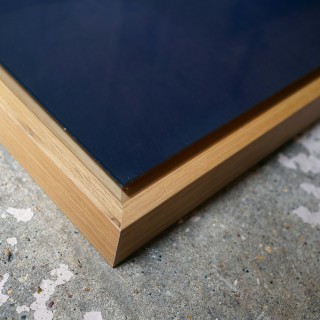 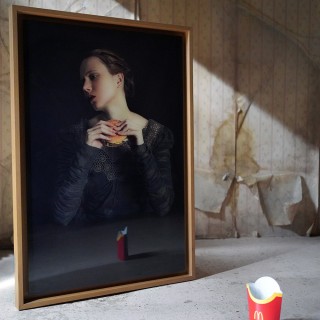 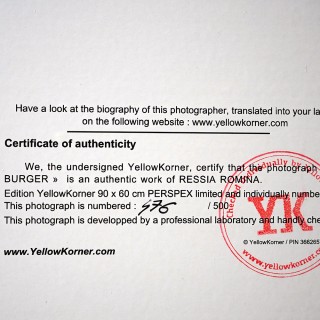 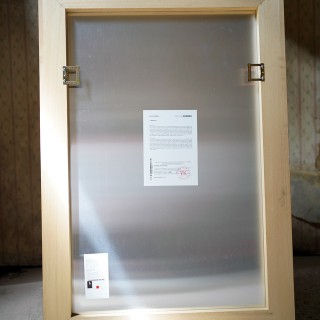 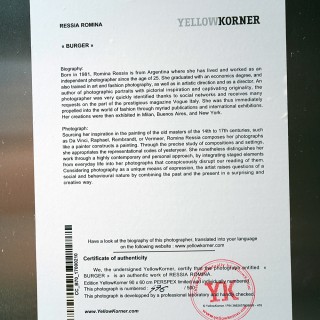 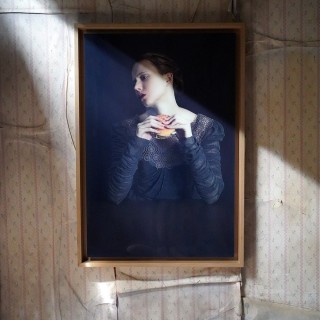 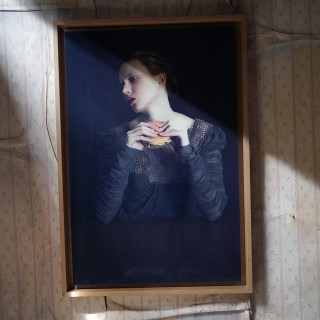 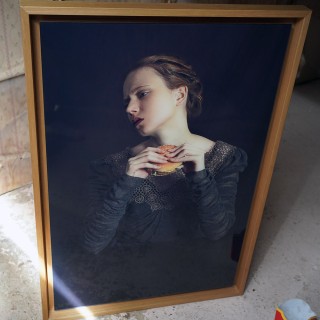 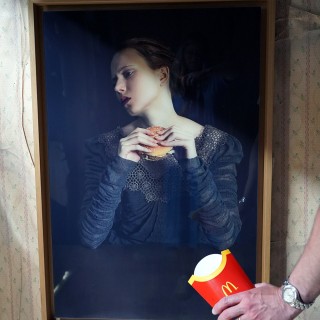 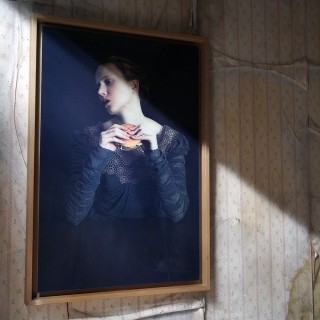 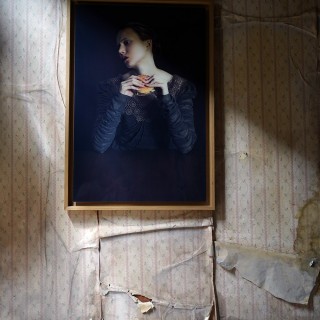 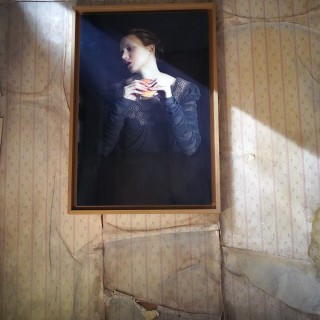 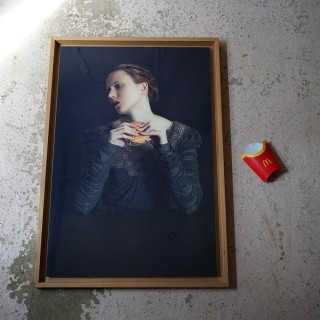 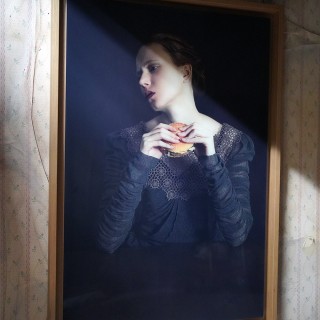 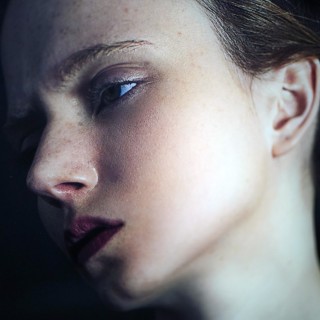 Encased in an aluminium supported and acrylic glass shadow box frame with golden oak surround, the grand print format photograph by Romina Ressia of 2013, entitled Burger, numbered 476/500, and showing a young woman half-length from the Renaissance period, holding a cheeseburger.

Romina Ressia is a multi-awarded fine art photographer from Argentina. Ressia was born in 1981, in Azul, a small town near the capital city of Buenos Aires. Her works are influenced by fashion photography, surrealism and a classical style, which she uses to present modern issues. She is known for anachronism in her photography.

She has received numerous awards for her work. In 2015, she was the recipient of the International Photography Awards third prize and in the same year she was awarded the second prize at Prix De La Photographie Paris in two categories. In 2014, Ressia was selected for the second and third prize in three categories, at the same event in Paris. In 2014, she also received the third prize at Photo Annual Awards for her work Pop-Corn.

She is represented by Arusha Gallery in Edinburgh, and various other galleries in more than twenty countries. Her captivating photographs, inspired by the old masters of the fourteenth to seventeenth century, from Raphael to Vermeer and Rembrandt, fuse past and present. They present classically beautiful female figures clad in period costumes and modern accessories.

This is the second work we have managed to acquire by the artist, and each is wonderfully iconic and makes for a very sound investment.

The print is in super condition as it is fully protected in the good quality aluminium and acrylic glass frame. There is a label to the reverse numbering it as number 476/500 from YellowKorner who produce non-digital prints on traditional paper, a technique used by the most prestigious exhibitions. Their prints of very high quality, whose finish, sharpness, and contrast are optimal both in colour and in black and white. Under the supervision of the artist, the prints are numbered and provided with a certificate of authenticity.