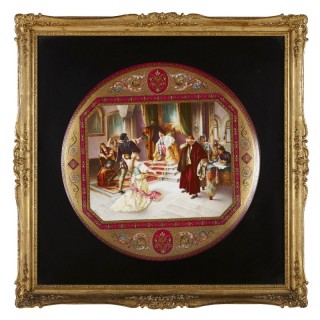 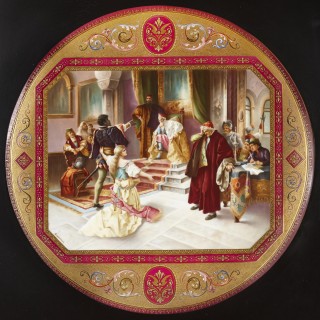 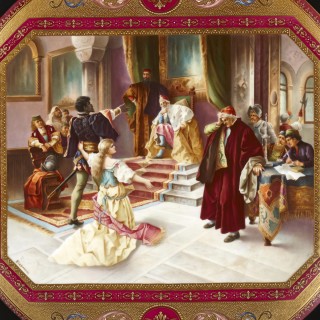 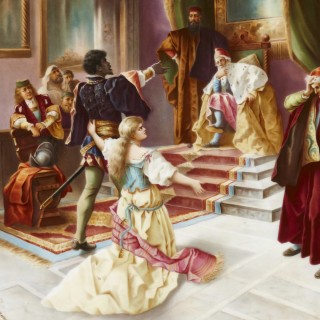 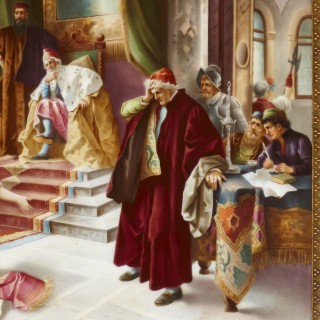 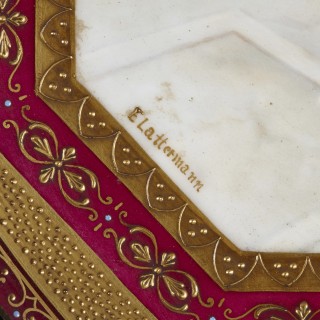 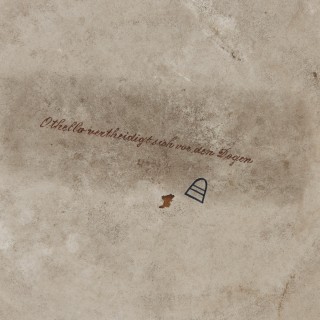 This beautiful charger was created by the famous Royal Vienna Porcelain Manufactory in Austria. Founded in 1718, the factory was one of the first to create hard-paste porcelain in Europe. Owing to their beauty and fine quality, these Viennese porcelain goods were highly sought-after by the European elite in the 18th and 19th Centuries. Antique Royal Vienna items, like this charger, are now very collectable. The back of the charger is signed with the beehive mark of the Royal Vienna Porcelain Manufactory.

The charger features a wonderfully detailed painting of a scene from William Shakespeare’s Othello. The image is based on the famous painting, titled ‘Othello’ and dated c.1880/1, by the French artist, Edouard Frederic Wilhelm Richter. In this work, Othello is depicted defending his recent marriage to Desdemona to the duke and senate. Desdemona is also pictured, appealing to her father, Brabanzio, who is unhappy with the marriage. The figures are gathered together in a grand interior within a palace. The scene is full of movement and drama. The painting is signed ‘E. Lattermann’ in the lower left corner.

The edges of the charger are finely parcel gilt and painted with red coloured borders. The gilt areas feature red diamonds and medallions, which contain gilt floral motifs, and are flanked by pastel coloured scrolling acanthus leaves. The charger’s edges are covered with jewelled decoration, created by beads of gilding. The charger is displayed against a dark background, within a carved giltwood frame.