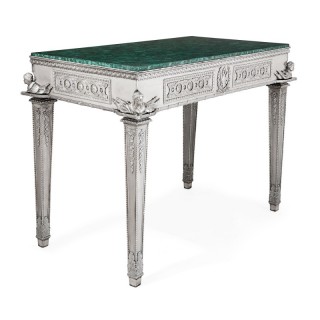 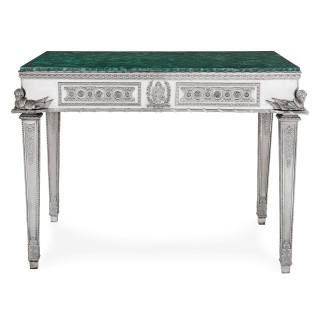 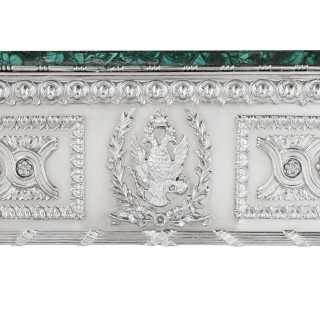 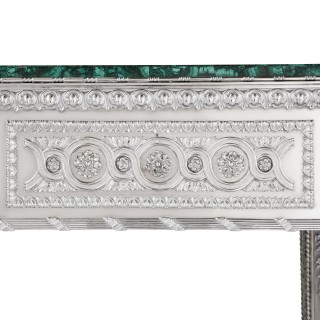 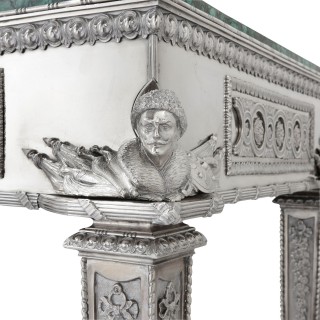 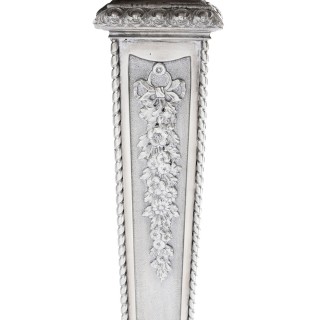 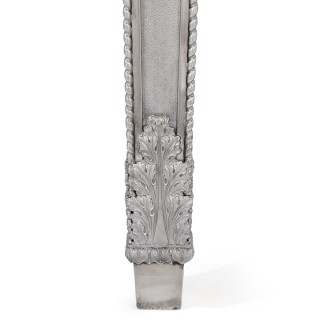 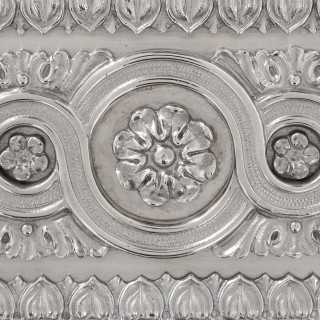 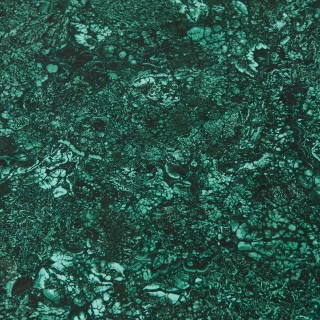 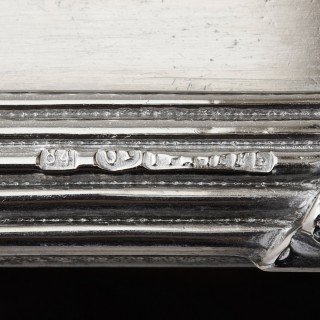 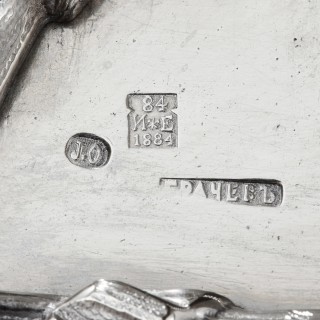 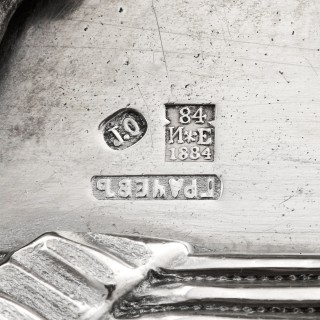 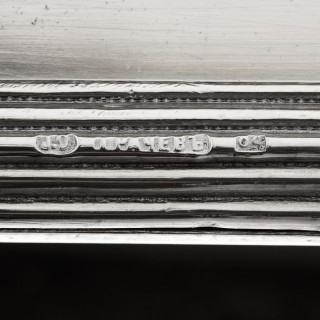 The design of the table is quite exceptional in the way it brings together Russian Imperial forms with features of Neoclassicism, which continued to be highly popular in Europe. This table is a historic, as well as beautiful, piece, which is mounted with the symbols of the Russian state, including the two-headed Imperial Eagle and Cossack warrior heads.

The silver body of the table is wonderfully offset by the bright green colour of the malachite top, which is a later addition. It is an all-round masterpiece, which will make a well-appointed addition to any well-curated collection or luxury interior.