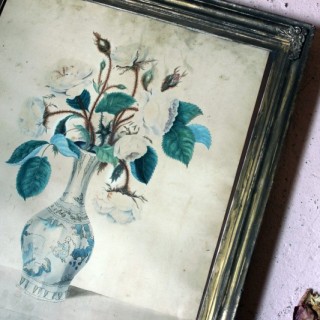 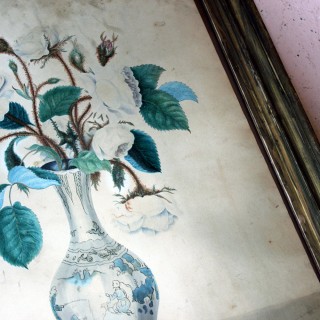 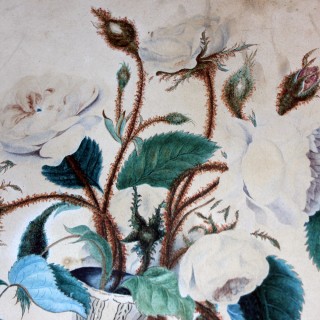 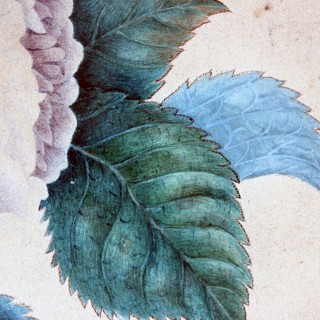 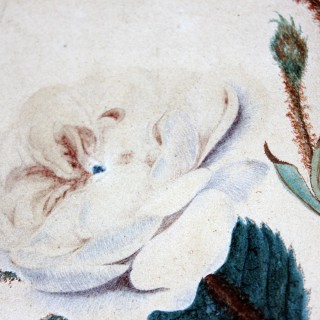 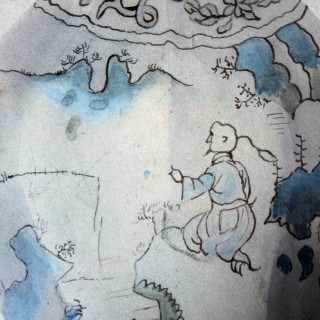 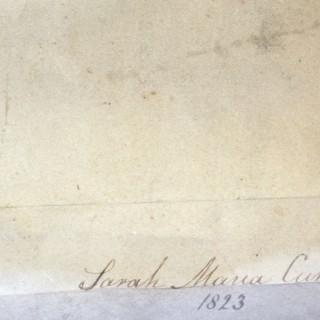 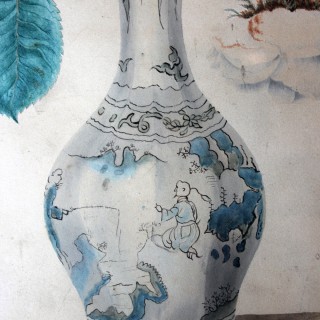 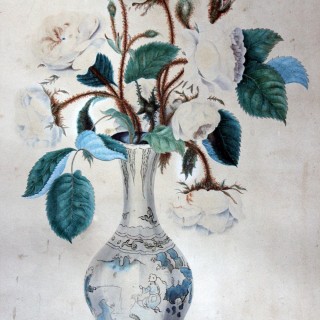 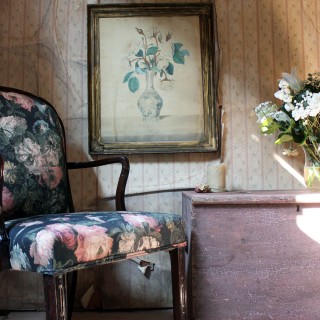 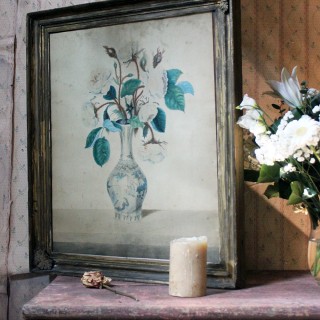 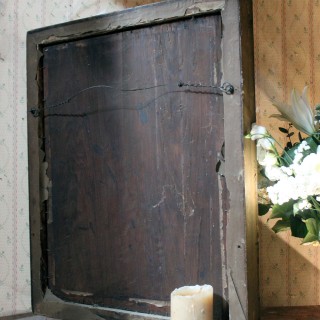 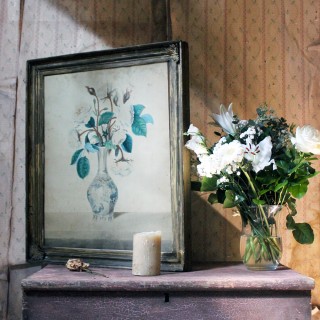 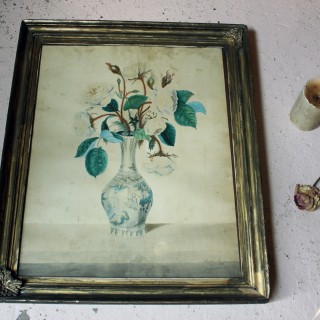 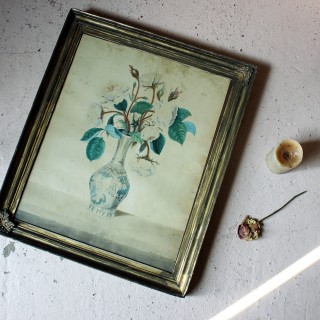 Sarah Maria Curtis (1802-1872) was the daughter of William Curtis (1746-1799), of the renowned Curtis family, with William being one of the leading botanical figures of his day, who founded ‘one of the oldest scientific periodicals of its kind’, the Botanical Magazine, in 1787 (Desmond). His son-in-law and cousin, Samuel Curtis (1779-1860) took over the publication of the work from 1801-1846. Both his daughter Sarah Maria and son Henry contributed to the Magazine.

Sarah would have been twenty-one when she painted this work; and the skill level is very high, the vase is beautifully depicted and the flowers have an intricate level of detail for someone so young.

The year of 1823 in England saw the Royal Academy of Music open, the invention of the game of Rugby and the first Burmese war.

Gloriously country house and by a wonderfully talented hand, in sublime untouched condition.

The work is in beautifully original condition, there is toning and spotting, with discoloration to the background; please refer to the photographs for a full visual reference. The frame has two of its leaf mouldings lacking in opposing corners.