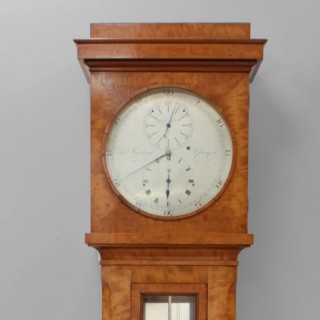 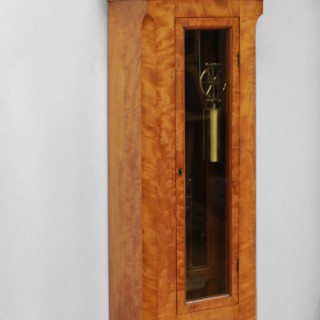 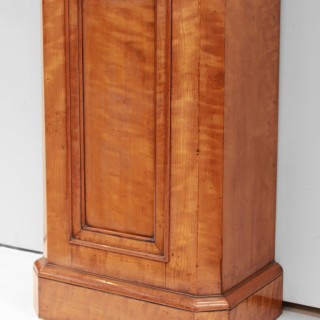 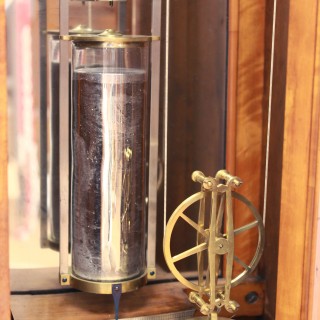 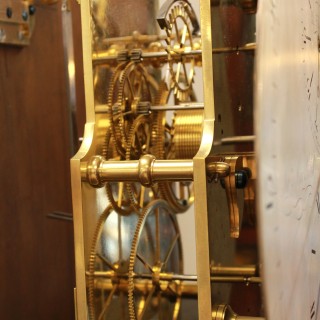 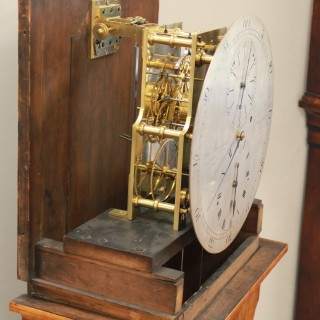 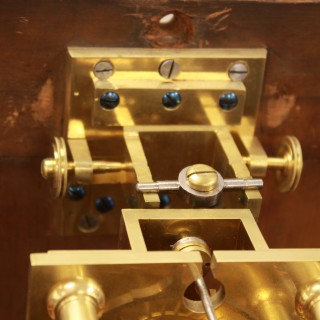 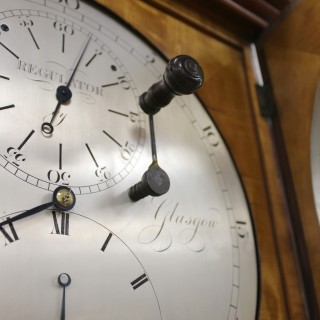 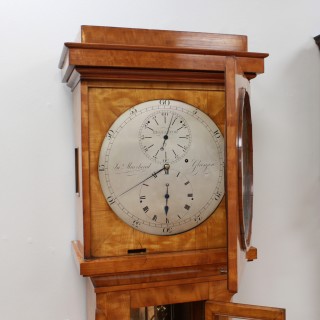 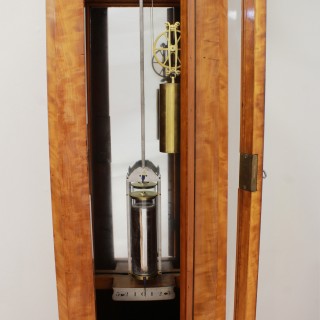 This is a rare and fabulous mid 19th century Scottish longcase regulator.  The unique case does not conform to the standard designs of the period in both shape and colour. The combination of proportion, style and colour work beautifully well.  The case is unusually uniform in width, its pale satin birch veneers with lively figuring and a fine lustre. Having no separate base may have helped it to retain its shape better than most. The slim door fits beautifully without any warping or bowing, yet there is no apparent restorative cabinet-work. Internally, the backboard is mirrored, giving depth and light to the clock. The hood door is equally well fitting, and has a internal clasp to lock it. The side of the hood has small glazed apertures.

The substantial pendulum mount is screwed to the backboard of the case. This has been well engineered, with a slide mechanism to centralise the pendulum over the Zero on the engraved scale, manoeuvred with large knurled screws. Beat adjustment is effected by a further mechanism positioned high up on the crutch.

The pendulum is a classic mercury temperature-compensated design. It uses a steel rod with a large glass jar of mercury contained within a steel and brass frame. Once again this has been finished really delicately. A finely fretted six-spoke pulley passes to the right of the pendulum. The brass cylindrical weight is particularly light, further indicating the fine quality of the mechanism.

The large pendulum beat scale is well-engraved and silvered.

The clock has its original ringed wood handle crank key.

Over the years we have seen many Scottish clocks and the quality of their engineering is always well above average. This example is greater still, and endorses my high opinion of Scottish clockmaking.