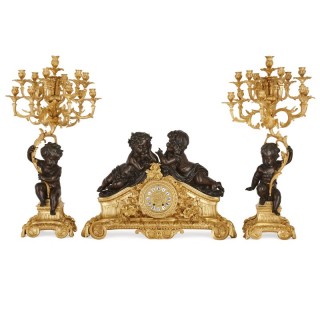 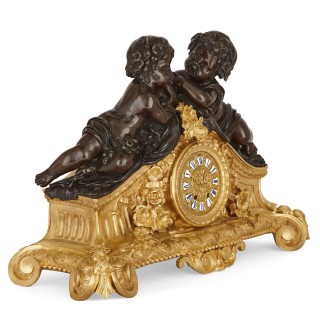 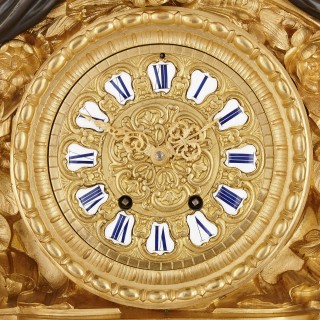 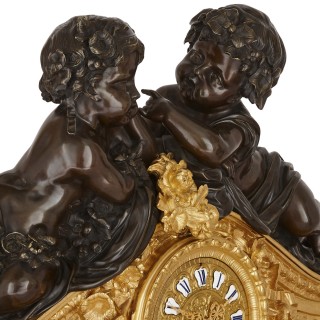 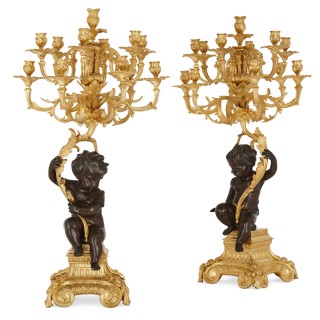 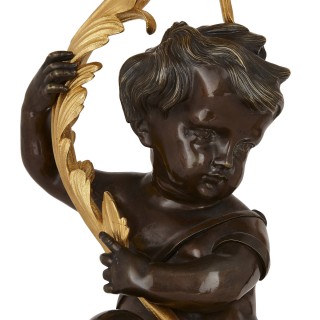 This three-piece mantel clock set contains a clock and two candelabra. The set was produced c. 1860, during the Napoleon III period, and demonstrates the eclecticism typical to decorative art of this time: the set is influenced by styles current centuries before, from the Baroque of the 17th Century, to the Rococo of the 1700s, to the Neoclassicism of the late 18th and early 19th Century.

The candelabra are decorated in a conforming manner, being raised on similar bases and ornamented with complementary motifs, including stem-form putti. Each candelabrum issues thirteen gilt bronze scrolled branches, each terminating in a single light.