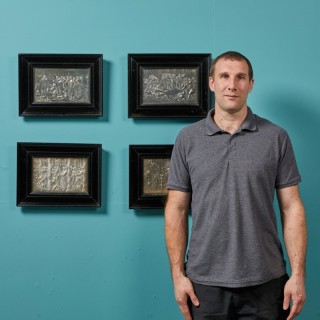 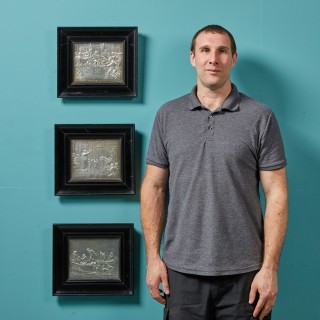 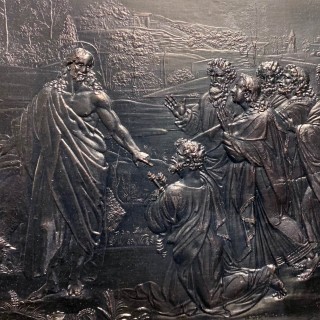 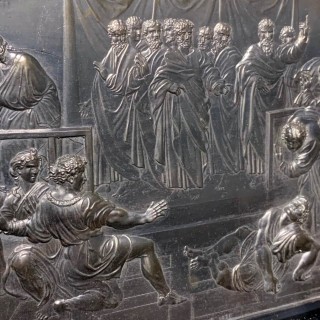 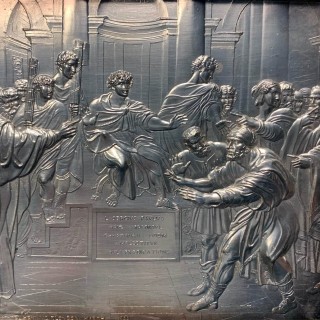 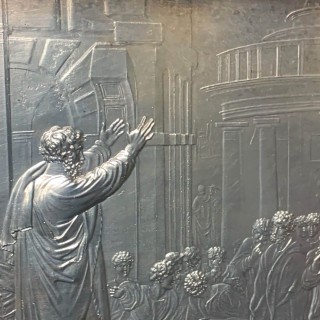 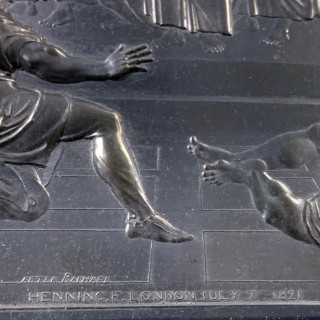 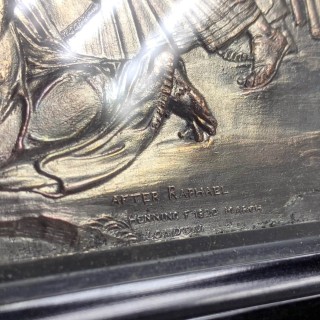 These framed artworks are after artist John F. Henning’s 19th century plaster cast depictions of seven religious tapestries by high renaissance painter Raphael. Each are made in silver plate on copper electrotype plaques within a glazed ebonised wooden frame. All scenes are of a religious nature, depicting key episodes of the lives of Christian apostles Saint Peter and Saint Paul. They include ‘The Healing of the Lame Man’, ‘Christ’s Charge to Peter’, ‘The Sacrifice at Lystra’, ‘The Death of Ananias’, ‘The Miraculous Draught of Fishes’, ‘The Conversion of the Proconsul’ and ‘Paul Preaching at Athens’. These plaques are rarely available as a complete set of seven.

Best known for his works in Italian architecture including ‘School of Athens’ and ‘Madonna’, Raphael is considered one of the most influential painters of the renaissance period. In 1515, Pope Leo X commissioned Raphael to paint what are today known as the Raphael Cartoons: a series of ten artistic tapestries to be displayed in the Sistine Chapel in the Vatican City. Of the ten original designs, only seven have survived and can currently be viewed at the V&A museum in London.