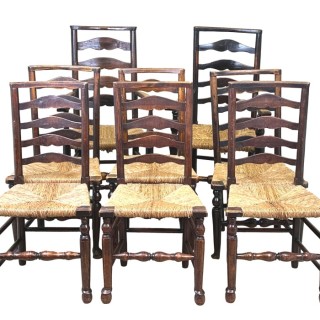 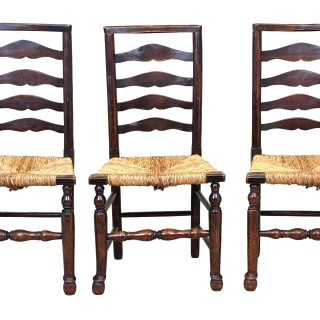 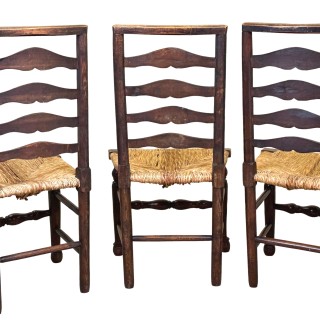 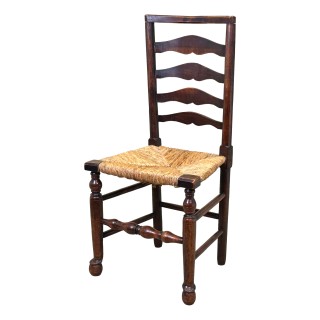 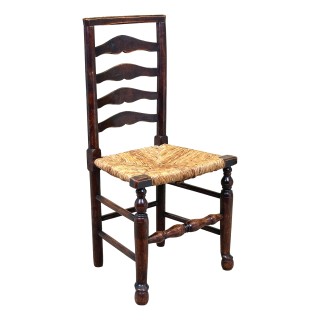 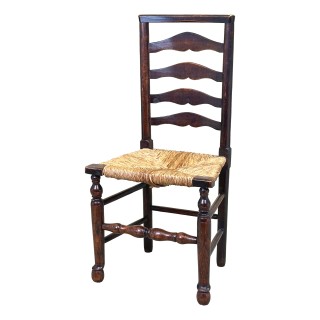 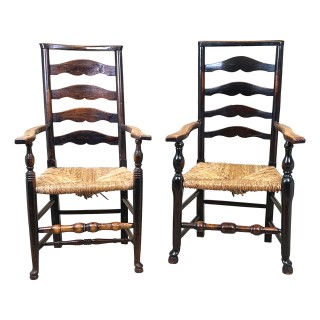 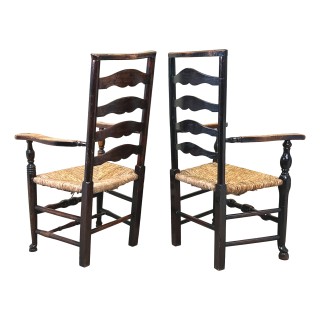 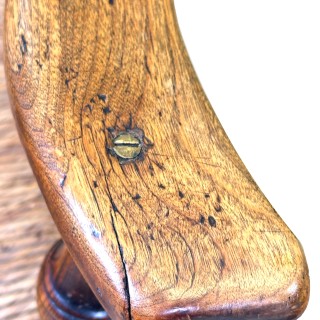 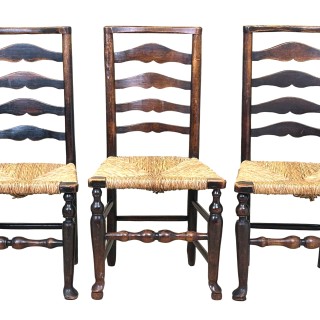 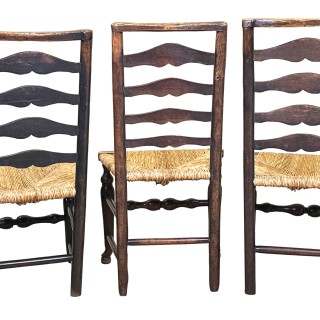 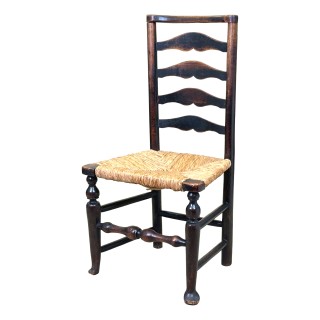 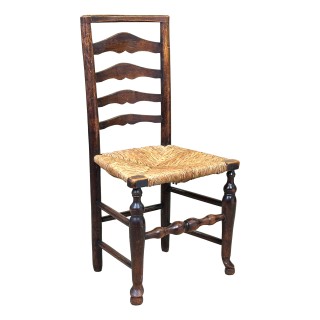 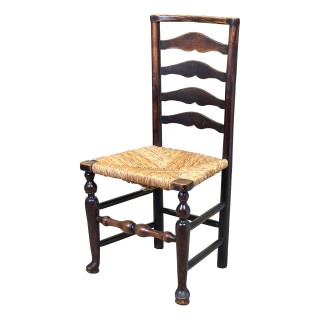 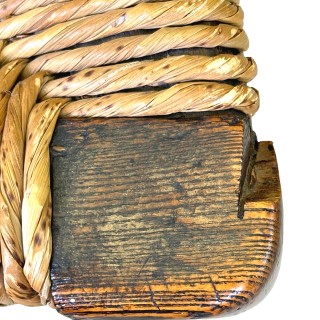 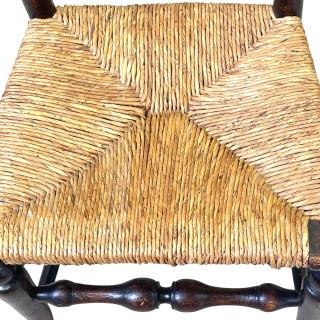 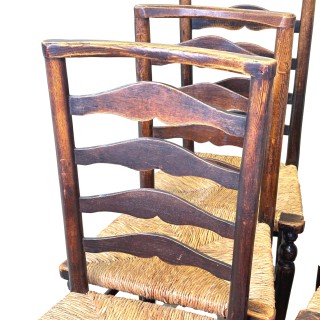 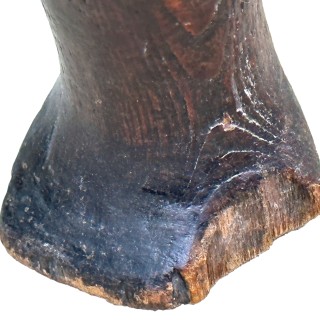 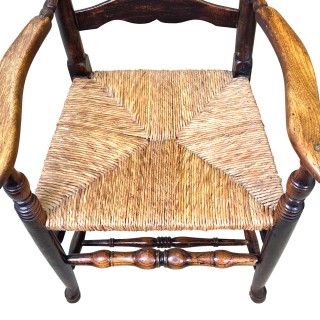 Most designs of ladderback armchairs which were made in the 18th and 19th centuries can be referenced to a particular area of the United Kingdom as they nearly always had individual design quirks. These are no different, the relatively flat, chunky top rail and large ladder slates normally being attributed to the Wigan area of Lancashire.

Another nice feature of these particular chairs is that they are genuinely Georgian, 18th Century, so therefore have some real character, lustre, patina and various other signs of life and use unlike so many late 19th, or even early 20th century examples which can be found on the market these days. Naturally this has resulted in various nicks, digs, scrapes and slices, but nothing that causes any issues with aither the aesthetics or the structural integrity of the chairs.

Overall they are in good functional condition. Ready to be placed immediately around a farmhouse dining table and put straight into use. The rush seats all appear to be in good order, clearly they have been re-rushed at some stage in the not too distant past and therefore shouldn’t require doing again in the immediate future.

As is just about always the case with english country chairs, these chairs are a harlequin, or matched set, therefore there are a few minor design differences from one chair to another. Actually these match each other much better than many sets which we have seen before.

Perfect for either a rustic kitchen in a country home, or indeed a relatively formal setting in an english townhouse these chairs have incredible versatility and great value for money.

Seat Heights Of All Chairs 18in.