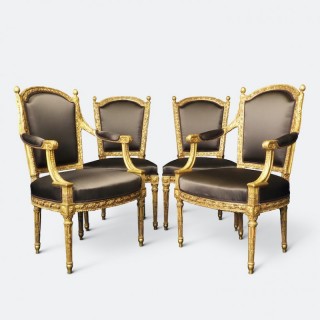 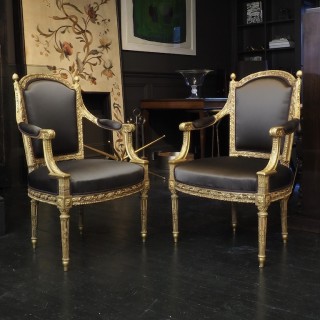 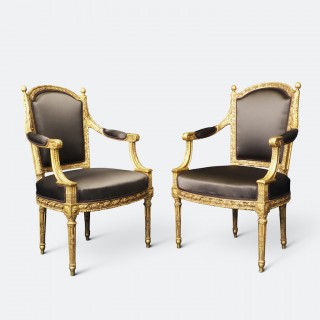 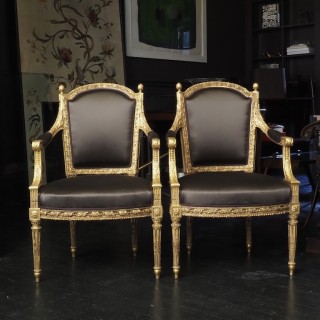 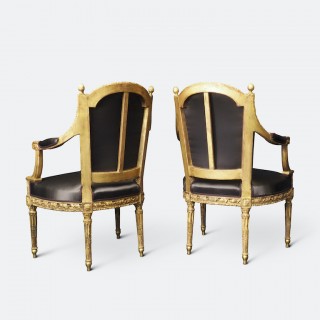 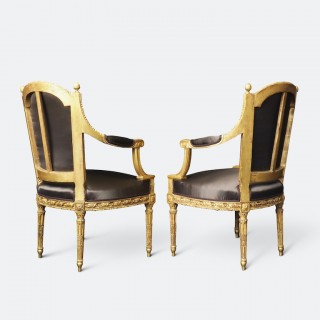 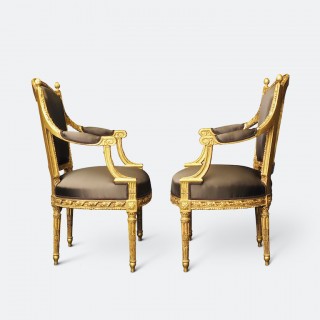 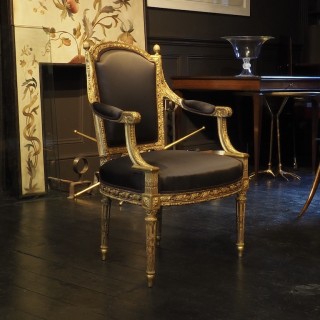 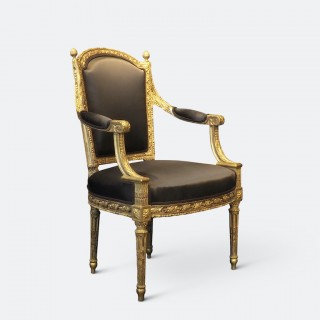 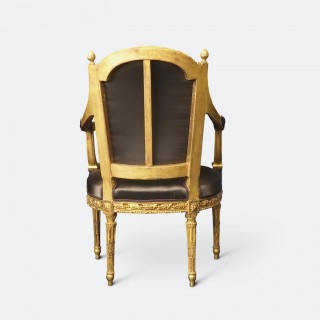 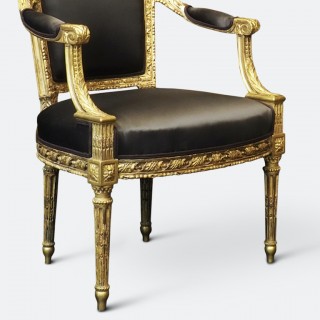 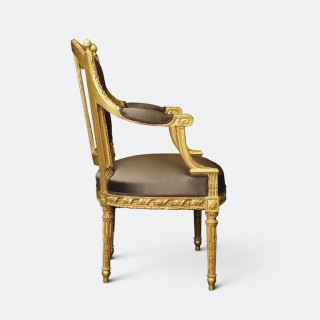 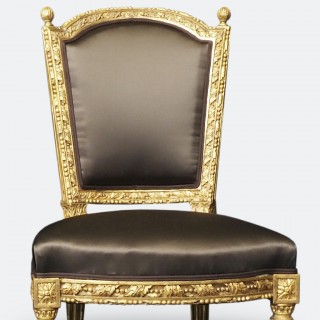 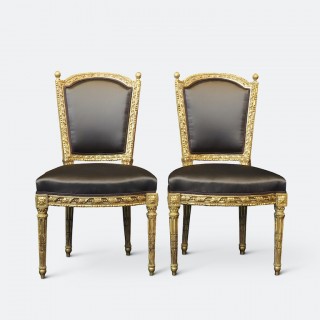 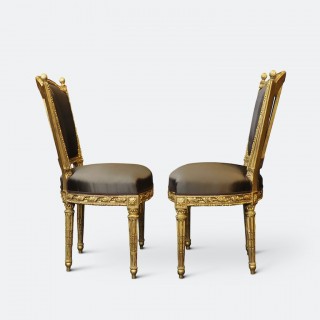 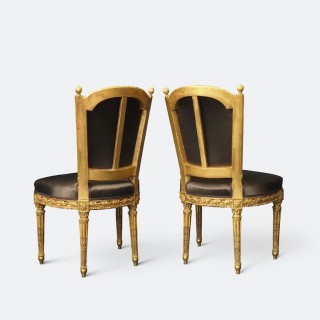 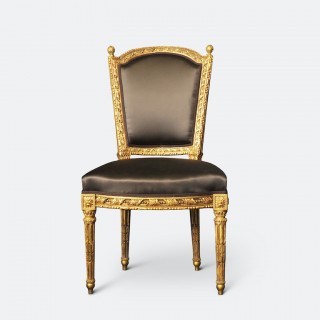 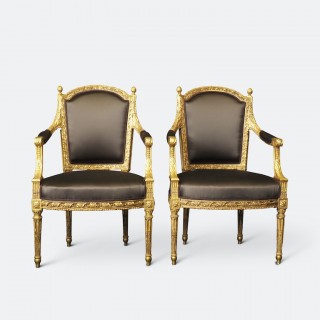 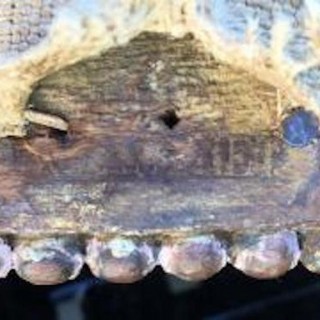 An important set of four Louis XVI chairs with makers stamp, comprising of a pair of armchairs and a pair of side chairs. The suite is of exceptional quality with fine detailed carvings of laurel and oak leaf scrolls, richly gilded with elegantly fluted legs and finished with rounded finials. There is a menuisier’s or makers stamp to the underside of one of the rails but it is difficult to decipher, see photograph.

These chairs would have been part of a much larger suite commissioned for the grand salon of a Chateau or Palace in the 18th Century. After the French Revolution with the demise of the great aristocratic houses salon suites such as these were split and dispersed outside of France finding its way into English and American collections.
An identical set of four chairs without a stamp was sold at Sothebys in 2017, that had originally been in the Collection of the late Adele Livingston Stevens-Allen.
Adele Livingston Stevens-Allen was the daughter of Adele Livingston Stevens, a great nineteenth century socialite and heiress who shocked New York society when she left her husband and children for the Marquis de Talleyrand.

Very good condition with carving of very high quality. Wear consistent with use and age. Stable joints and ready to place
Considered restoration of gilt undertaken to be in keeping with natural ageing of a piece nearing 250 years old
Reupholstered.