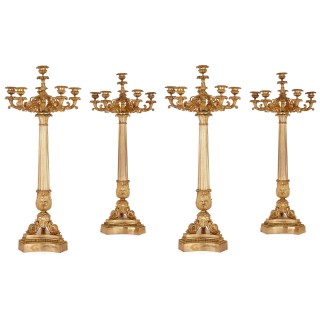 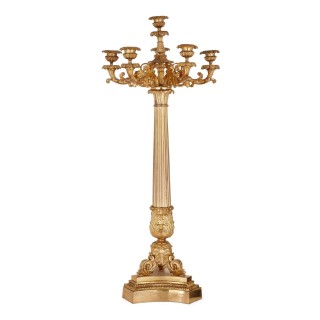 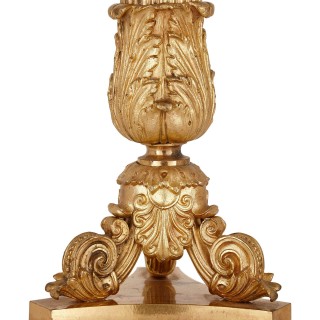 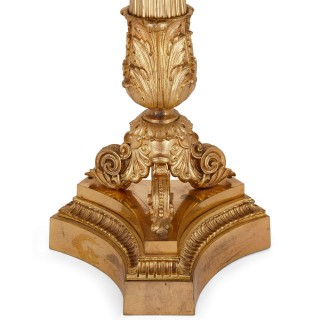 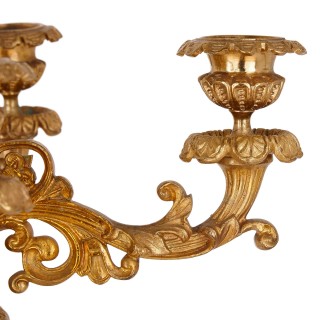 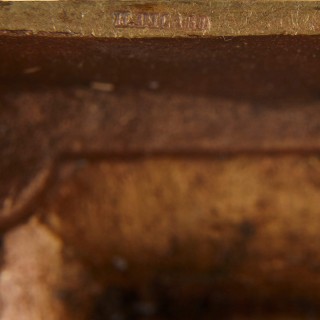 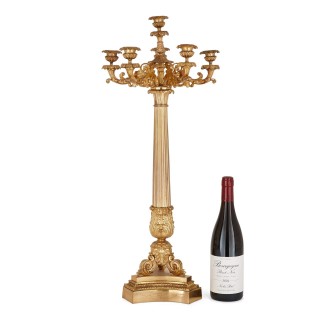 The fine candelabra in this set are crafted form gilt bronze in an elegant late-nineteenth century Neoclassical style. Each candelabrum features five ornately scrolling branches moulded with acanthus leaves and other foliate detailing, as well as a sixth central vertical branch. The candelabrum head of each is supported atop a fluted column, complete with a foliate capital. The base of each column is finished with acanthus leaves and is set above a tripartite foliate moulded foot. The foot of each is raised on a triangular plinth moulded with Neoclassical style detailing. The bronzes are marked ‘H. Picard’.