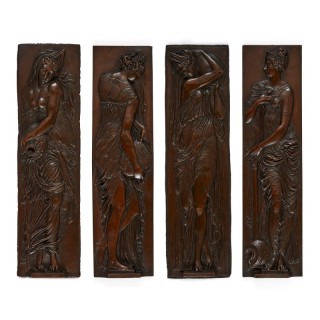 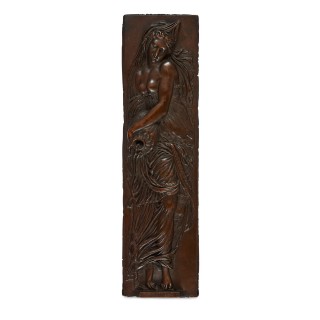 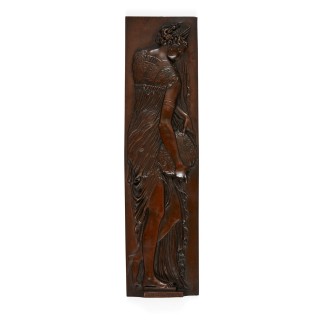 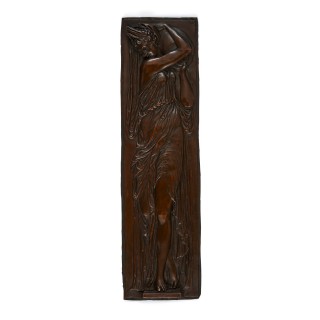 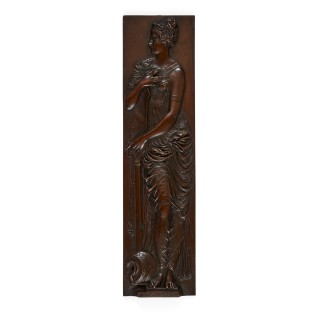 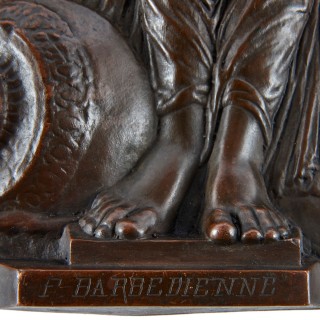 This set of four plaques—cast from spelter—were produced by the leading French 19th century metalworker, Ferdinand Barbedienne. Each of the four plaques portrays a water nymph; each nymph displaying a different, complementary pose, and evincing a different feeling and mood. The nymphs are defined by skilfully executed relief casting, the relief not only utilised to delineate their modelled forms, but also a variety of textures. The scenes are after the ‘Fontaine des Innocents’, a marble fountain in Paris. Each plaque is signed to the bottom ‘F. Barbedienne.’