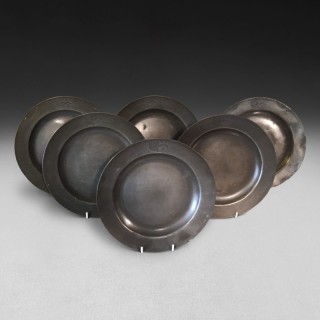 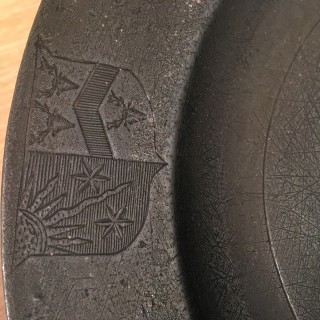 Set of six 18th century Pewter Plates with an Armorial stamp, stamped Robert Bush on the back.

Robert Bush I,of Bristol, England, 1755 – 1785, had a thriving Export business to America, as his business increased he formed at some point in time the firm of Bush & Co probably sometime during the third quarter of the 18th century.

This firm included Preston Edgar and James Curtiss. The firm produced both flat and hollowware. The flatware is typical of Bristol with the addition of some lead in the mix. Apparently, Bristol makers were not overly concerned with the quality of the metal they used in some of their export wares.