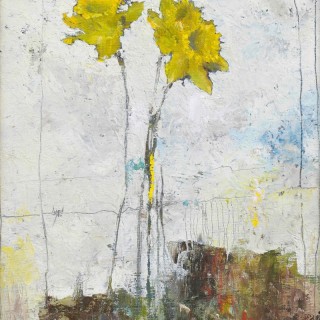 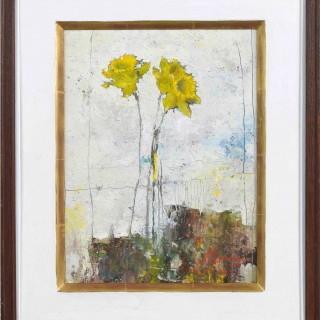 Following formal art training was undertaken at Newcastle Polytechnic, Michael has forged a life as a professional painter ever since. During this time, he has exhibited regularly with the Royal Society of Portrait Painters, Royal Watercolour Society, the Summer Exhibition at the Royal Academy and the Royal Institute of Painters in Watercolours. In 1992 he won the Daler-Rowney Award for Outstanding Work and in 1993 was elected an associate member of the Royal Society of British Artists. More recently Michael was presented with the 2007 Meynell Fenton award at the ‘Discerning Eye’. Michael has also undertaken a number of high-profile commissions including portraits of Sir Frank Rogers, Peter Riddell (of The Times) and Sir Phillip Naylor-Leyland. And, his work can be found in the collections of Mr Johnny Depp, Ms. Vanessa Paradis, Collection Apollo Magazine, The Newspaper Society, London (Portrait of Sir Frank Rogers, commissioned by the Society), Baron Patten of Barnes (Ex. British Governor to Hong Kong) and Mr Peter Riddell CBE. Given the trenchant nature of much of contemporary art practice, it is refreshing to find an artist with Michael’s ability and commitment to his chosen subject matter. Michael’s intense involvement with each painting is evident in the carefully worked surfaces and the limited number of works he produces. Whilst remaining faithful to the tradition of figurative painting Michael employs a resolutely contemporary approach to his style of work. The combined application of different media such as, oil, pastel, graphite, gold-leaf and collage all lend richness to his work that adds depth to the overall image. The works succeed in creating tension through a subtle balance of fluidity and detail: the free-flowing backgrounds complement the more formal and finely drawn subjects. In this way Michael achieves an opening up of space in the works – a space that is charged with atmosphere. Careful placement of the image and the unusual formats lend the works a fragmentary nature which in turn emphasizes the timeless quality already present in the painted surface.