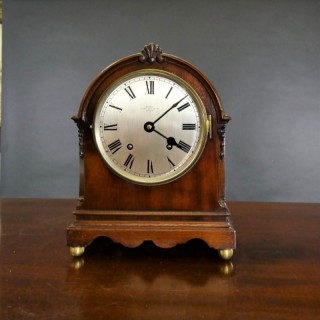 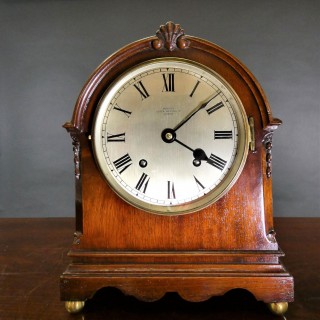 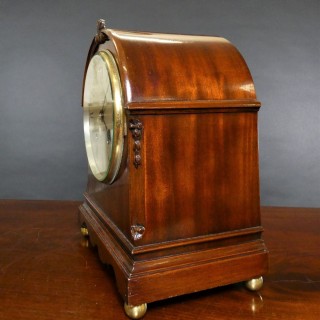 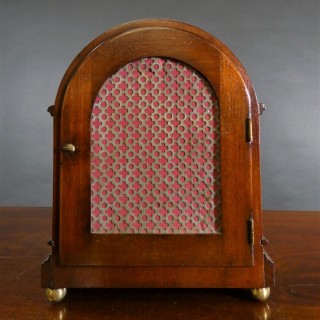 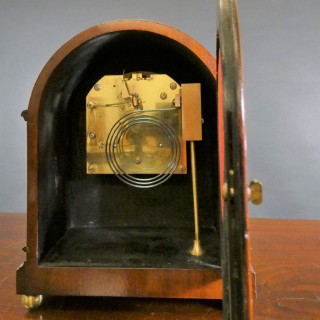 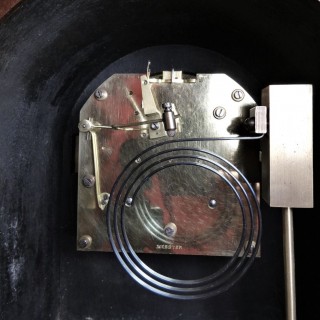 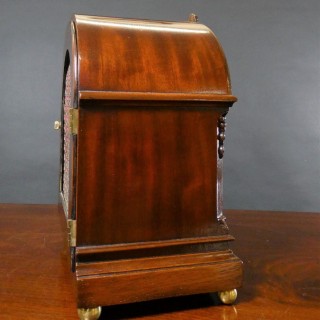 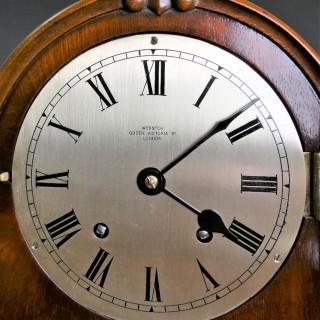 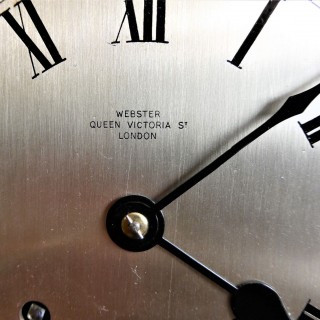 The hinged back door opening to the eight day movement with platform escapement striking the hours and halves on a coiled gong. The backplate of the clock also signed Webster. C.1880

The Webster family clockmaking business was founded by William Webster and passed from father to son for almost 200 years.

William Webster was apprenticed to John Barnet in 1701 and then transferred to Thomas Tompion where he completed his apprenticeship and continued to work as a journeyman. This clock was made by Richard Webster (III) who inherited the business on the death of his father ( Richard II) and became free of the clockmakers company in 1844.

Richard Godfrey Webster was unfortunately not a good businessman and the firm ceased trading in 1914.