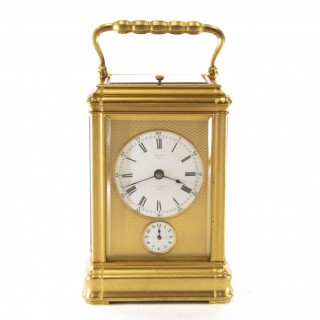 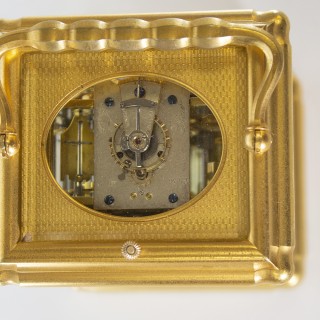 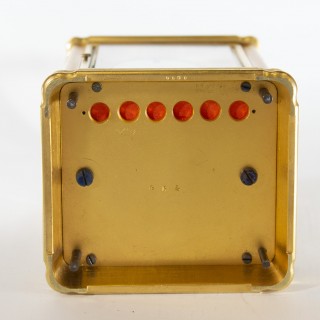 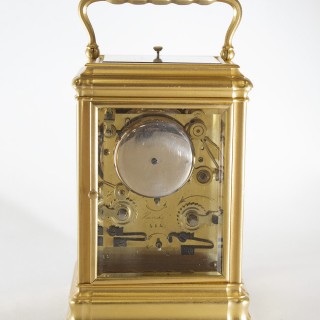 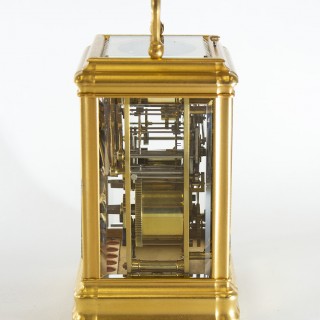 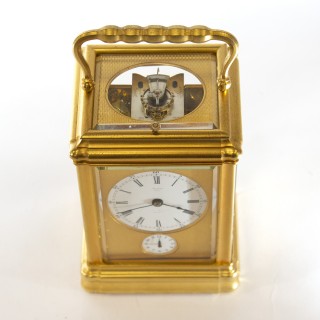 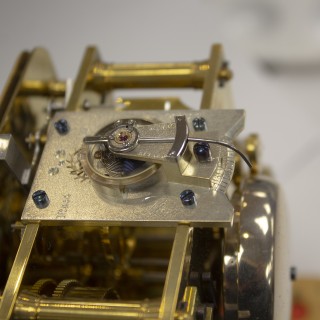 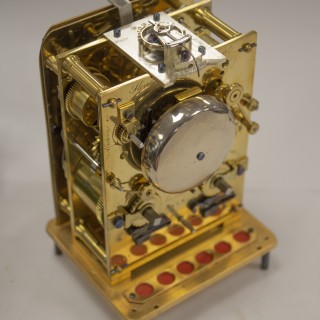 A very well presented gorge-cased quarter-striking and repeating carriage clock with alarm. The clock was originally  retailed by French of Royal Exchange, London. French were a highly respected firm of London clockmakers in the first half of the 19th century, who retailed only clocks of high quality.

The eight day movement strikes a petite sonnerie sequence – the quarters are struck on a pair of nested bells, the hours on one bell and depressing the button on the top of the case will repeat the last hour struck. The movement is numbered 454 to the backplate and the base.  The original silvered platform is also numbered 454 and inscribed JS for Joseph Soldano. It is finely engraved Slow and Fast, with RETARD  and AVANCE on the balance cock, the regulation arm protected by a arced bridge. The clock also has a alarm function which operates a separate hammer on the smaller bell. There is a further serial number 1611 on the backplate, from the supplier of the movement.

This clock displays both of these prized characteristics. In addition, the movement base has sound frets to allow the strike to resonate.

The white enamel dials are in excellent original condition, set within an engine-turned gilt mask. The dial is signed for the original retailer, FRENCH, ROYAL EXCHANGE, LONDON, the signature now rubbed.

The platform viewing glass in the top has a matching gilt mask. All glasses are beveled and in excellent condition, without chips.