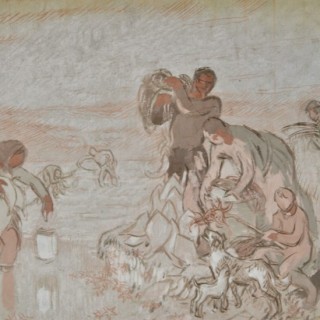 Sorting the Catch - Study for The Mackerel Nets

Sorting the Catch – Study for The Mackerel Nets

Sorting the Catch - Study for The Mackerel Nets