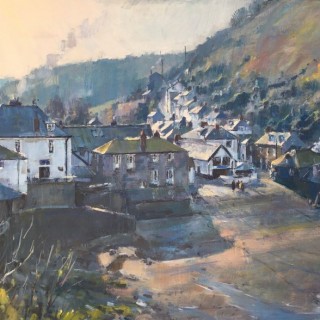 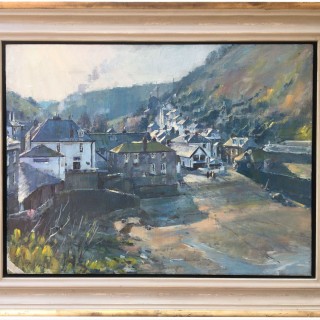 Tom comes from a long line of professional painters. His architect grandfather designed Gatwick’s first terminal whilst moonlighting as a prolific cartoonist for Punch and his father John is a respected professional watercolourist with an international following. With such an artistic heritage it is no surprise that Tom and two of his six brothers are also artists. Tom took a degree in history of art and has taken life classes at the Royal Academy but otherwise had no formal artistic training. He clearly has a natural ability and manifest technical ability, honed by years of continued application and practise.

During the last decade Tom’s professional career has blossomed, his habit of immersing himself in each subject that inspires him has paid dividends and led to a succession of acclaimed solo exhibitions. A twelve month association with the Household Cavalry Mounted Regiment saw him accompanying the Regiment on their official ceremonial duties and daily routine at Hyde Park Barracks. The Resulting exhibition in April 2012 firmly established Tom’s reputation both as an equestrian artist and a painter of the figure in movement. In subsequent years he spent time with Gifford’s Circus and journeyed to Transylvania to research circus life and its gypsy heritage. Sell-out exhibitions on the circus theme followed in 2013 and 2015. In the last few years India has proved his principal inspiration. In early 2016 Tom travelled through Rajasthan from Delhi to Jodhpur and out to the old fort in Nagaur for the annual cattle fair. A painting trip to Jaipur and Udaipur followed two years later. His Indian exhibition, another sell-out was held in late 2018.