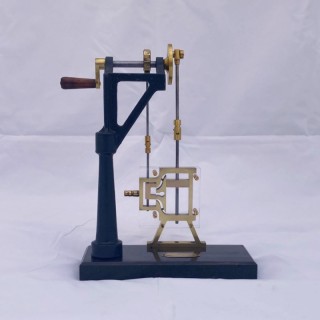 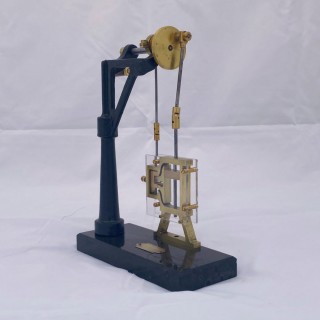 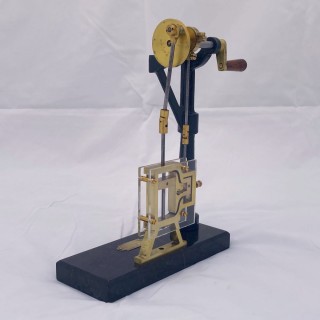 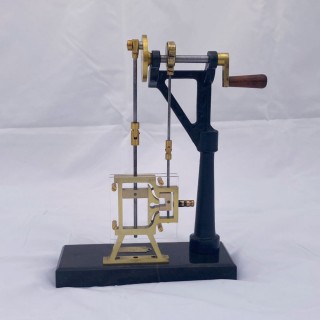 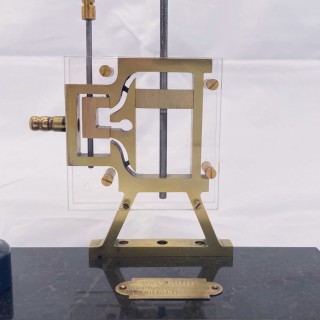 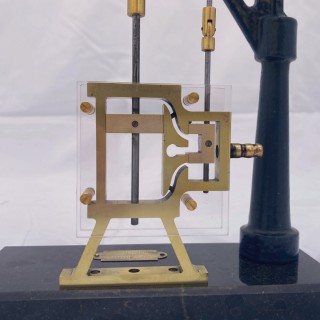 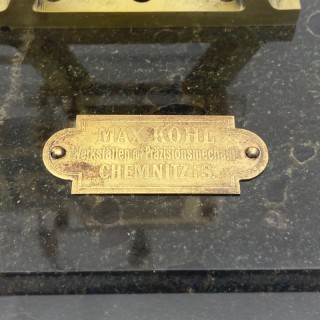 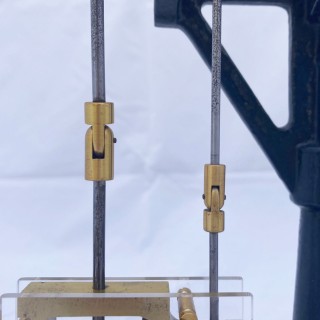 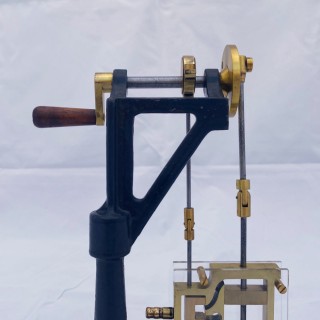 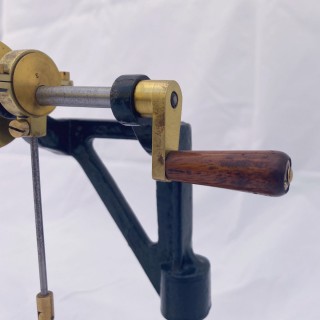 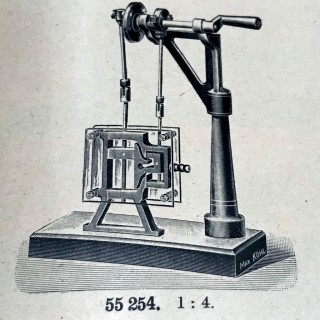 Appearing in Max Kohl’s voluminous catalogues of the period, this rare and unusual demonstration model is comprised of a marble base engraved to the maker, “Max Kohl AG Chemnitz” with a brass cut-away model of the inner workings of a steam engine secured to the base. A painted cast iron pillar to the side supports the operating handle and rod to which the pistons are attached.

This super quality example is ingeniously differentiated by the plates enclosing the mechanism and the inclusion of a small inlet pipe which has been incorporated to the side of the casing. Kohl’s 1914 catalogue in which it appears explains that the model was devised to allow for cigar smoke to be blown through the inlet and owing to the cutaway mechanism, a working demonstration could be backlit and projected onto a screen with the path of the smoke being viewed whilst in operation.

Max Kohl of Chemnitz Germany was founded in 1876 and produced a vast array of scientific instruments and demonstration apparatus for sale worldwide. Kohl died from complications associated with diabetes in 1908 but the company continued thereafter as Max Kohl AG. The factory in Cheminitz suffered heavily from bombing during the Second World War and the remaining equipment was dismantled and removed by the controlling Soviet powers. It was finally incorporated into the VEB Polytechnik.