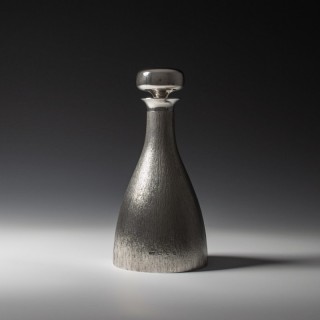 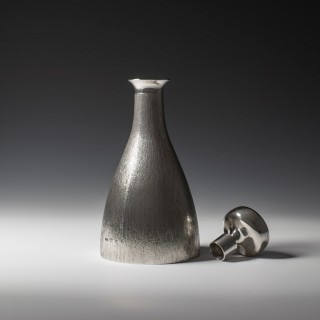 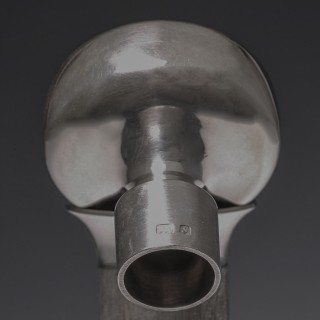 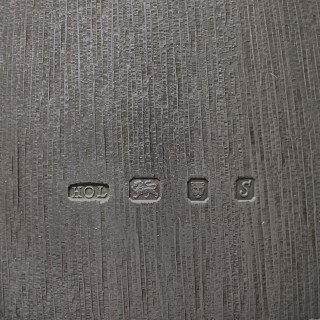 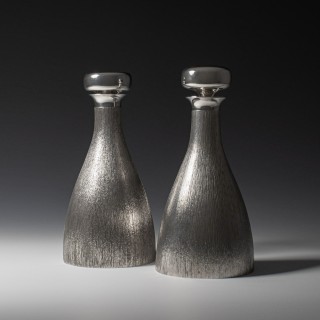 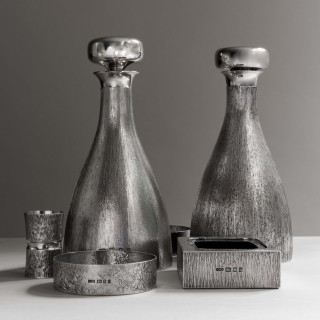 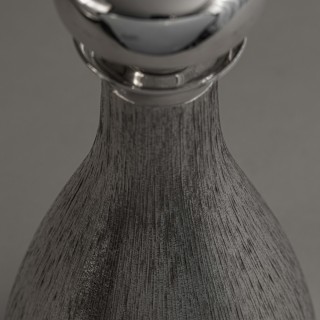 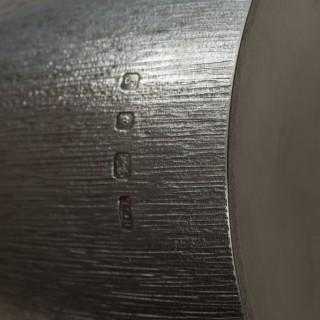 Christopher Nigel Lawrence was born 1936 in Cumberland and then moved to Essex. Aged 13 he decided he wanted to be a silversmith and his father gave him a workshop at the bottom of the garden. At 15 he was apprenticed to the silver company C. J. Vander as a tray maker and flat hammer man and he also started studying at the Central School of Arts & Crafts, London. When he was 21 he got a job with R E Stone where he worked for 2 years with many fine craftsmen who made everything by hand and he learnt how to hand raise silver with the hammer. He later spent 8 years as Gerald Benney’s workshop manager before setting up by himself, again in a small garden workshop in the late 1960s. By the end of 1968 he had opened his own design studio and workshop in Leigh-on Sea and as things improved he employed 9 silversmiths. Following a recession he closed the workshop and spent more time designing and making himself rather than just managing a larger business. He then moved to Southend and again set up a workshop in his garden. Throughout his career he was the winner of 28 prizes in the Goldsmiths’ Craft Council competitions and is the only silversmith to win three prestigious Jacques Cartier Awards for craftsman of the year. With a lifetime of experience in the trade, spanning more than seven decades, Lawrence is seen as an expert in his field and a true craftsman. He is a member of the Institute of Professional Goldsmiths, a liveryman of the Worshipful Company of Goldsmiths, and is famed for his hand-raising techniques. Although he finally stopped making in 2011 he still takes part in exhibitions and talks, passing his knowledge of the hand raising craft onto new generations of hopeful silversmiths. Lawrence’s work changes hands for large sums today, with the silversmith’s name regularly being mentioned alongside other figures of excellent repute such as Gerald Benney and Stuart Devlin, making his work some of the most sought after of post-war Britain. He is one of the top silversmiths in the world.