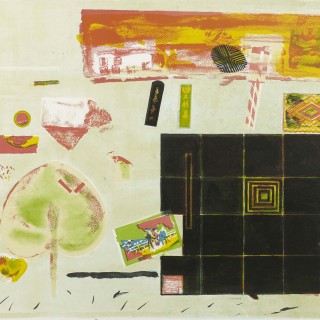 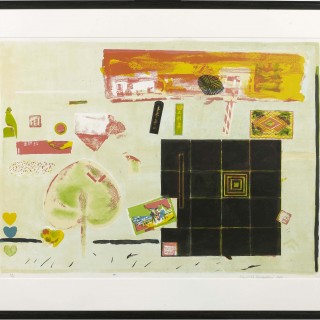 Elizabeth Blackadder was born in Falkirk in 1931. She studied at the Edinburgh College of Art from 1949 until 1954 under Robert Henderson Blyth and William Gillies. In 1956 she married the artist John Houston and began teaching in Edinburgh. One of Scotland’s greatest artists, she is perhaps best known for her detailed yet lyrical watercolours of flowers and paintings of her beloved cats. She is known as an inspired and skilful maker of original prints of which this is one of her best known examples.