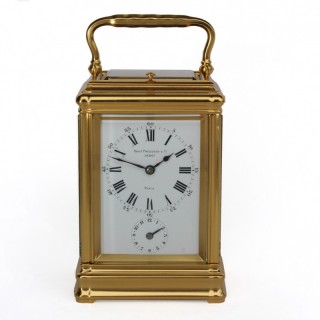 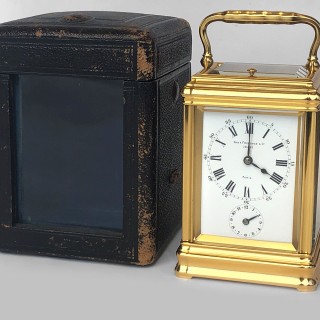 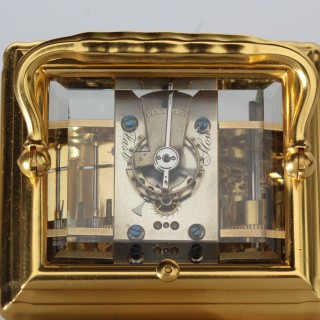 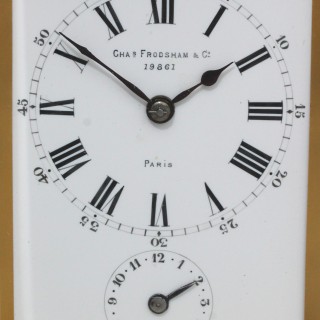 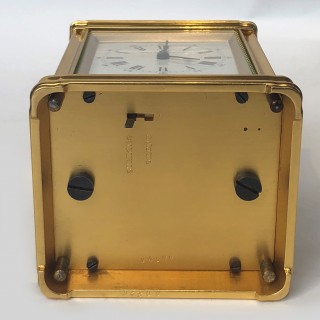 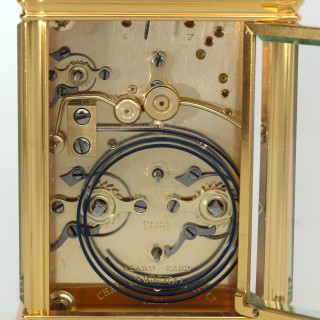 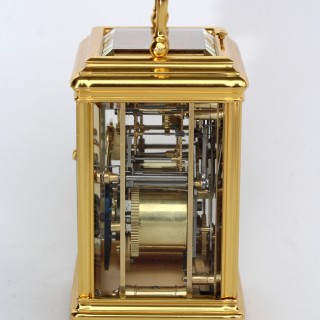 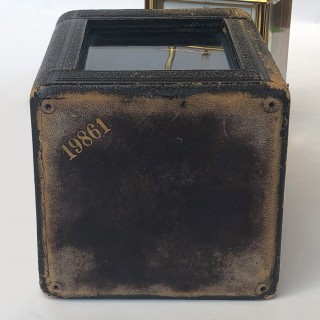 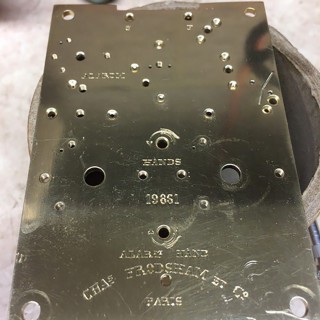 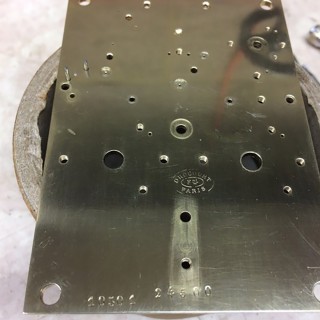 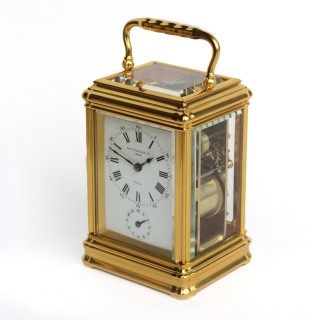 This gorge styled carriage clock was made by Drocourt for Charles Frodsham in c.1890, at a time when Charles Frodsham had a well-deserved reputation for making and retailing clocks of the premier league. It retains its original numbered leather carrying case.
The beautifully engineered movement has some very unusual quality touches that we have not come across before, in particular the
design of the ratchet wheel bridges, being double sided and shaped, and
the tailed ratchet and matching click spring, all elegantly executed, even more so than the usually excellent quality examples produced by Drocourt.
This detail is replicated in miniature on the alarm side to match.
The clock strikes the hours and the passing of the half hour on a coiled gong, and repeats the last hour struck on depressing the button on the top of the case.
A further unusual feature is a lever in the base of the clock to allow the striking to be silenced.
The backplate is signed Charles Frodsham et Co, Paris and numbered 19861, as is the dial. This serial number is from Charles Frodsham’s sequence running from approximately No.18000 – 21000. According to www.frodsham.com/heritage/dating/ , the majority of these clocks are later finished movements, specials, or French/Swiss-made clocks retailed or examined by Frodshams between 1870 and 1915.
There is a group within this sequence that are the French manufactured carriage clocks (mostly by Drocourt, Jacot etc.). They vary in complexity from simple timepieces to repeating grande-sonnerie striking with alarm, and are often signed up Chas. Frodsham, Paris.
The inner plate faces show the Drocourt serial number, 24500 and trademark stamps. Certain case parts also bear the Drocourt serial number.
The movement has been fully overhauled and is guaranteed for 3 years.
The case is gorge styling and of standard size, and has been regilded to be presented as the maker intended it.
The signed white enamel dial is perfect, in original condition. It is framed by a canted gilt border.