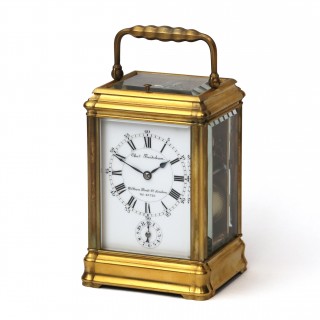 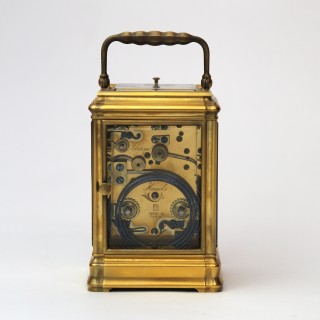 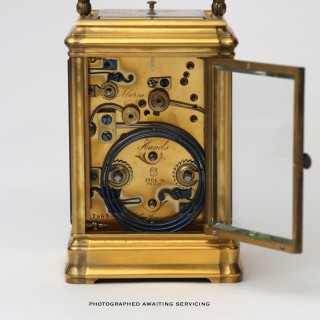 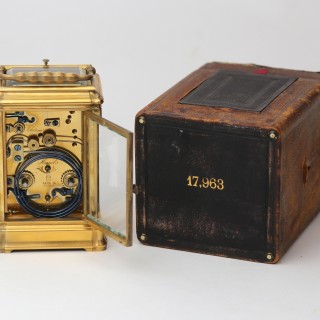 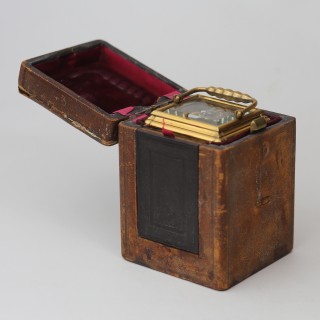 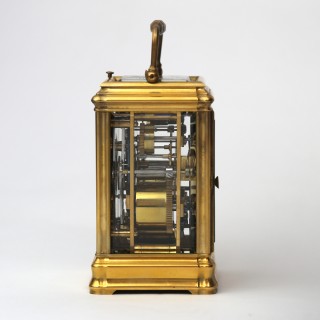 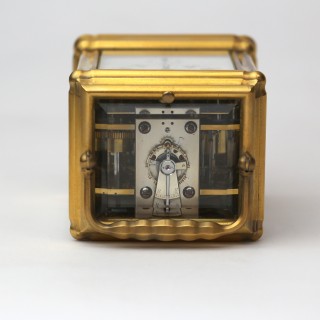 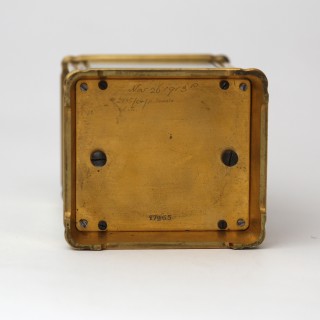 A very fine example of a strike repeating French carriage clock with alarm, made by Henri Jacot and retailed by Charles Frodsham, two names in the top league of horology in the last quarter of the 19th century.

This clock retains its original mercury gilding, in very good condition and is accompanied by the original leather carrying case.

The 8-day movement strikes the hours and the passing of the half hour on a gong. The alarm is independently wound if required. Henri Jacot has signed the backplate with the usual trademark of a parrot on a perch, and serial number 17963. This number is repeated on the base of the case and in a gilt stamp on the base of the leather case. The movement retain the original silvered platform escapement.

Charles Frodsham have signed the dial, and given the clock their own serial number, 20725. Their address is given as 115 New Bond Street London, an address they occupied from 1897-1914. Charles Frodsham’s serial number sequence running from approximately no.18000 – 21000 were designated to later finished movements, specials, or French/Swiss-made clocks retailed or examined by Frodshams between 1870 and 1915.

Henri Jacot were responsible for the production of superb carriage clocks, known serial numbers starting from 387 to over 19,000 when all production ceased in c.1920.

The clock will be overhauled for sale, and guaranteed for 3 years.