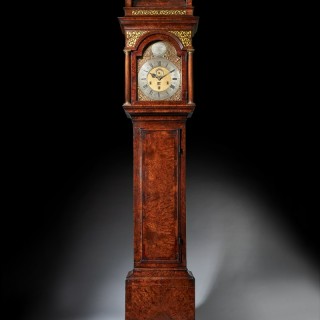 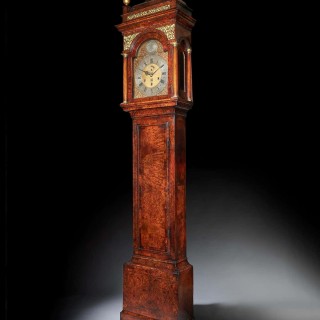 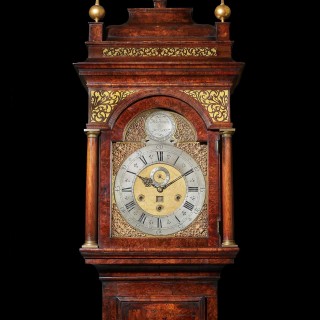 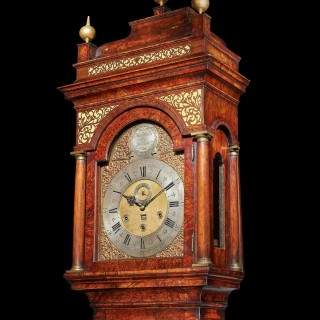 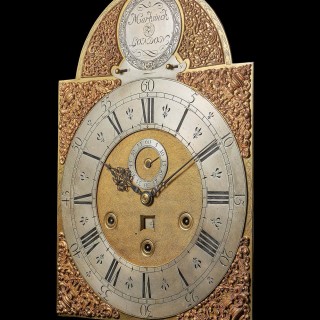 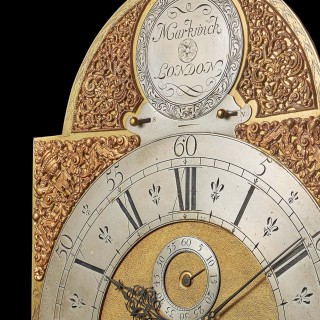 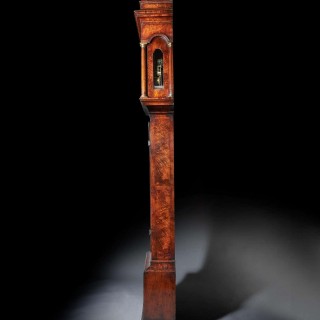 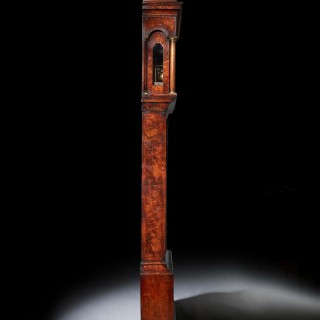 This is, without doubt, the largest and most impressive English longcase/grandfather clock we have ever encountered, standing at three meters twenty (10.12ft) and it is quite possibly the largest from the entire 18th century. The golden age.

As you might expect, no expense was spared when this clock was commissioned circa 1710-1720, using only the very finest cuts of burr/burl walnut to adorn the case and cross-grain mouldings throughout, leading up to the sensational month going, quarter chiming movement by James Markwick, London.

Once wound, the clock will run for one month, chiming the quarters on six bells, and has the option for ‘strike’ and ‘not strike’ for both the hour striking and the quarter chiming. This is a rare and interesting feature in itself.

The three-train movement between two massive brass plates with anchor escapement is adorned with the most stunning and original gilt brass dial with a matted centre, silvered chapter ring, seconds hand and date aperture, intricate pierced gilt brass spandrels and engraved surround. An engraved silvered cartouche sits to the top of the dial, signed Markwick, London with an engraved patera to the centre.

James Markwick himself was the son of a London Clockmaker and finished his apprenticeship in 1692. He later went into business with his son-in-law Robert Markham and gained very high regard in the London market. Later they established an excellent reputation on the rapidly expanding Ottoman Empire market. They also worked with another London Clockmaker, Borrel. Markwick was made Master of the Worshipful Company of Clockmakers and died in 1730.

It should be noted that this is an extremely important and rare clock with superb colour and patination.

Good
Wear consistent with age and use. Minor restorations as to be expected of a clock of this scale and age. The movent has been fully refurbished and keeps superb time.