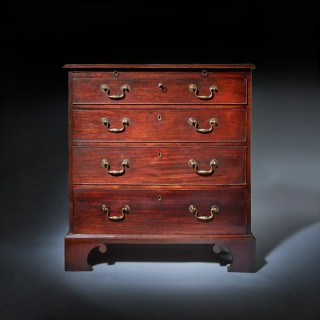 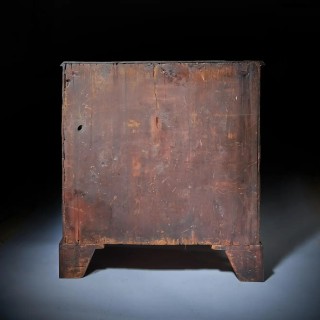 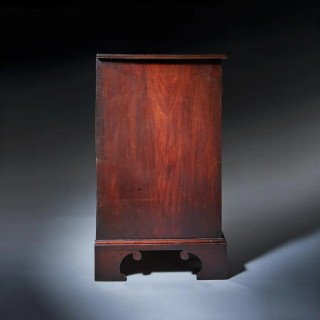 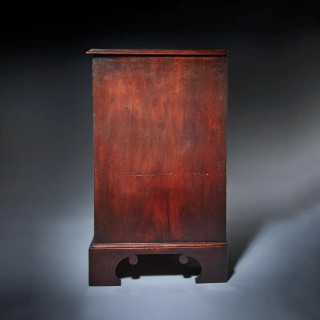 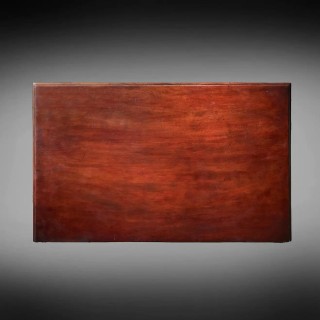 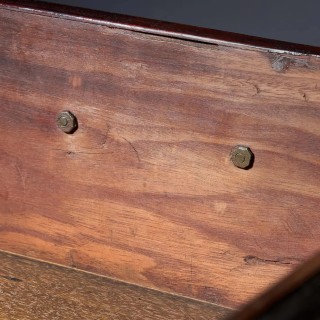 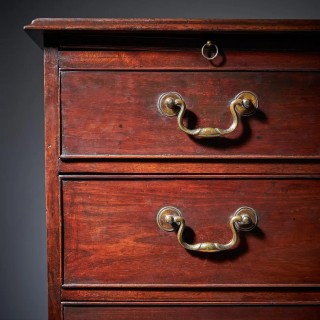 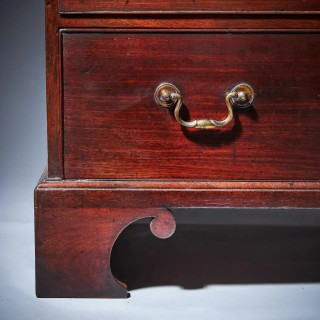 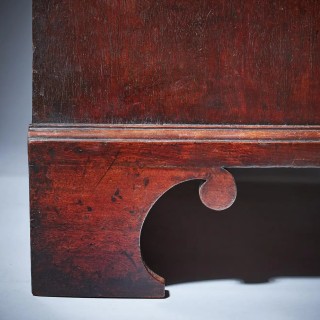 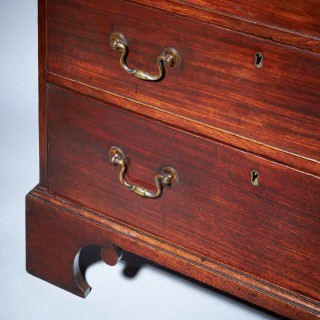 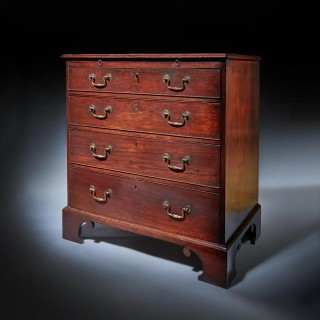 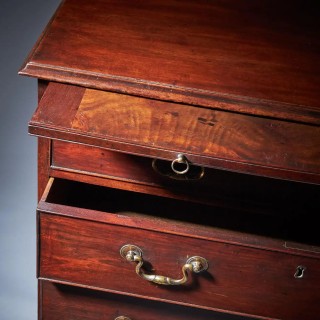 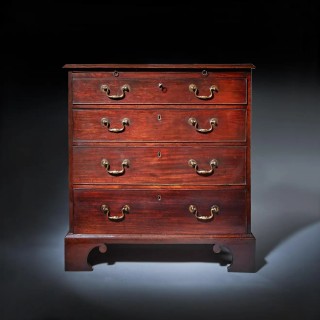 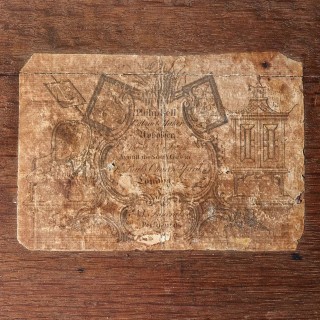 Successor to Elizabeth Bell and almost certainly her son. His father was probably Henry Bell who also traded at the same address. For a time he traded in partnership with Elizabeth Bell but appears to have been in sole charge by 1758. Initially, he used the trade sign of ‘The White Swan’ as his predecessors had done, but it was in his period of trading that numbering was introduced to this part of London. Initially, the premises appear to have been numbered 18 St Paul’s Churchyard but this was soon changed to 23. He was a member of the Vintners’ Company, but there is no evidence to show that he adopted any other trade than that of cabinet maker.

The trade labels used by Henry and Elizabeth were considered outdated and he employed Matthias Darly to engrave a new one which reflected the Rococo taste of the age as illustrated here.

Good
Wear consistent with age and use. The chest retains original hardware, feet and locks.