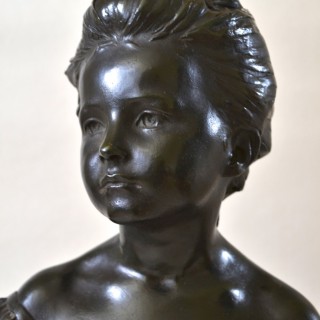 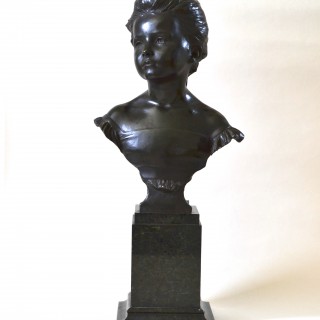 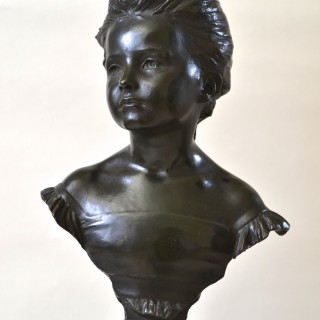 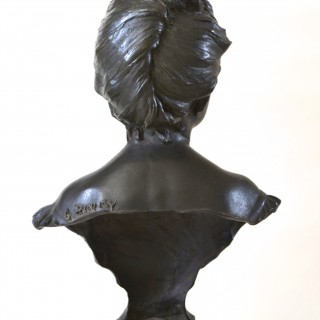 Signed: A DRURY
Bronze on green marble base

Born in Islington, London, Drury was raised in Oxford where his father owned and inn. He attended Oxford School of Art and then the National Art Training School, South Kensington (1877-1881) where he was taught by F W Moody and then by the French sculptor Jules Dalou. Between 1881-5 Drury worked in Paris with Dalou and on his return to London he worked briefly as an assistant to Sir Edgar Boehm. He was a key artist of the New Sculpture movement and during his long career he completed many architectural groups and figure pieces. His major commissions for architectural and monumental works including groups for Leeds City Square, the front of the Victoria and Albert Museum, Vauxhall Bridge and the War Office Building, Whitehall.

This a version of Drury’s 1897 marble bust exhibited at the Royal Academy in 1897 (now in the collection of the Victoria & Albert Museum, London). It was so successful that Drury made a number of versions in bronze, some being full size of head and shoulders with other reduced version of the head only.

The sitter was Grace Doncaster, the daughter of a friend of the artist.