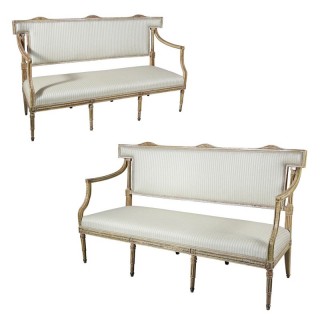 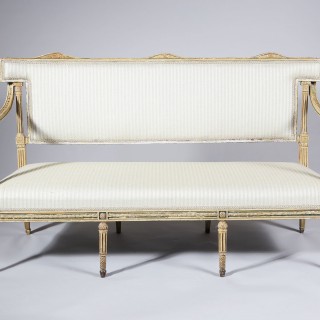 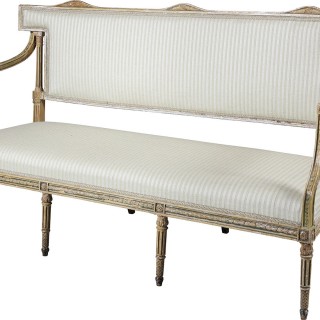 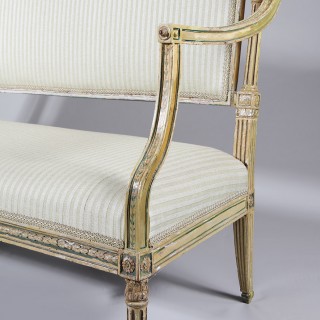 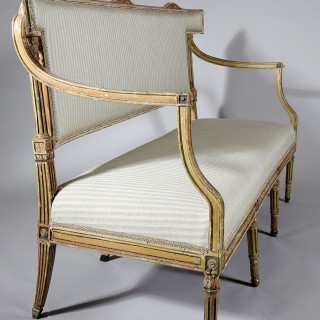 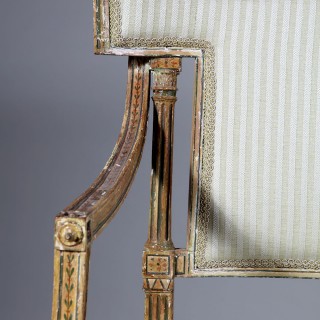 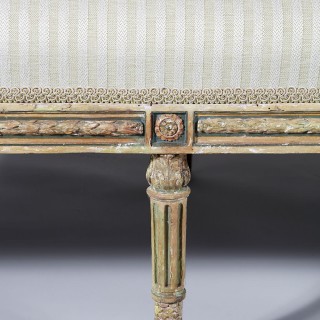 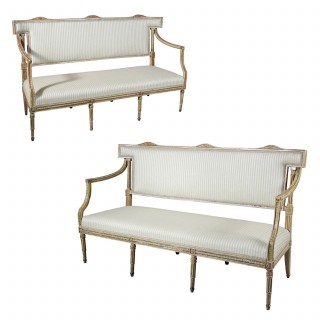 These exceptional settees appear to be of Italian origin, however, they were part of a suite of furniture commissioned by William Brummell for Donnington Grove. There were also other pieces that would not typically fall into the Gillows oeuvre that are also attributed to Gillows and supplied between 1783 and 1794.

William Brummell was the father of George ‘Beau’ Brummell, the Regency dandy (1778-1840) who spent part of his childhood at Donnington Grove. He is an iconic figure in Regency England, a close friend of the Prince Regent and arbiter of men’s fashion. His statue stands on Jermyn Street, London.