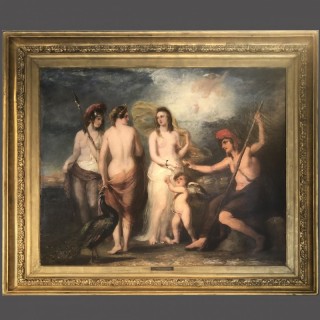 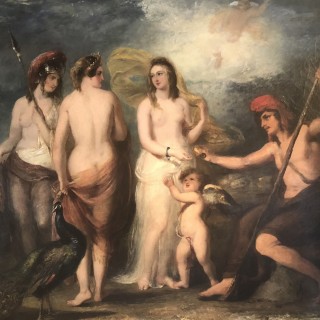 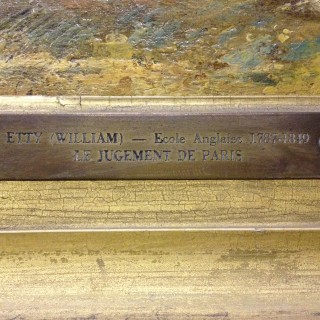 The Judgement of Paris

William Etty (b York, 10 Mar. 1787; d York, 13 Nov. 1849), is renowned as a painter of mythological or historical subjects, sometimes on an ambitious scale, but nearly always with daring nude figures.

He spent most of his career in London, where he trained at the Royal Academy Schools and then (1807-8) with Lawrence, who had a great influence on him; this was later modified by the impact of Venetian art, which he admired on a lengthy tour of France and Italy in 1822-4.

The Judgement of Paris