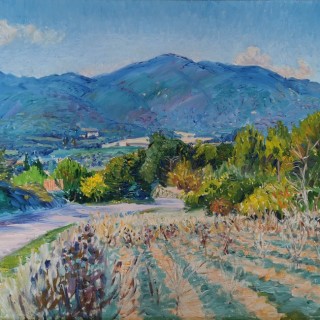 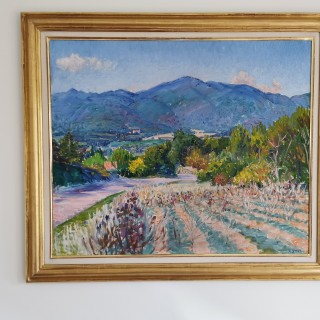 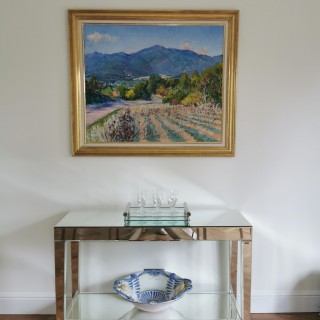 Painter, teacher, and writer, Frederick Gore was born in Richmond, Surrey, and was the son of the artist Spencer Gore. He studied at Trinity College and Ruskin School of Drawing, Oxford, 1932-4, and finally at Westminster School of Art and Slade School of Fine Art, 1934-7. In the last year of his studies he had his first one man show at the Redfern Gallery, followed by a series there after World War II.

In 1938 he travelled to Greece, showing the resulting work in Paris. Greece, Majorca and France were favourite landscape subjects for Gore, whose rich palette had more in common with the French tradition as opposed to that of the English. Gore taught at Westminster, Epsom and Chelsea Schools of Art and was head of painting department at St Martin’s School of Art between the years of 1951 and 1979.

He was elected RA in 1973 and was chairman of its exhibition committee from 1976 to 1987. His publications included Abstract Art, 1956; Painting: Some Basic Principles, 1965; and Pietro della Francesca’s ‘The Baptism’, 1969; plus many RA catalogue introductions. In 1979 he had retrospectives at Gainsborough’s House in Sudbury and Bury St. Edmund’s Art Gallery, as well as an important show at the RA in 1989. Southampton, Plymouth and Reading public galleries hold his work.