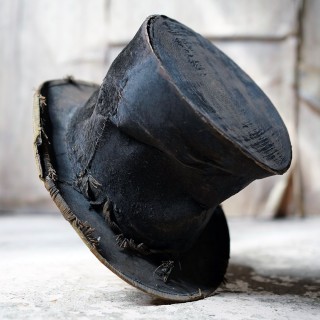 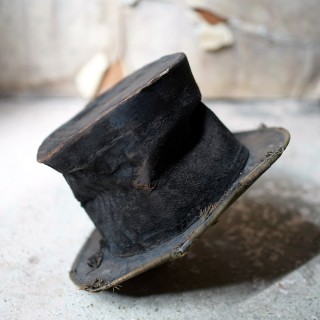 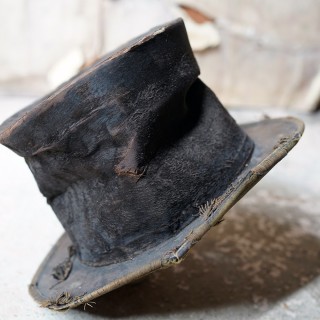 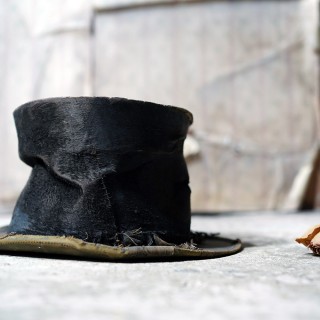 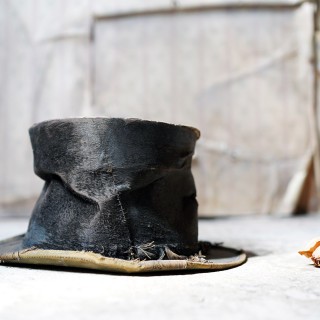 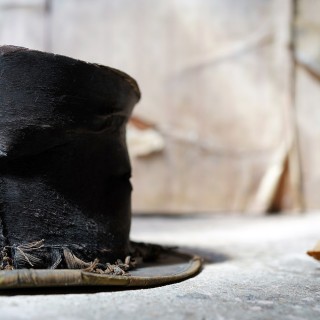 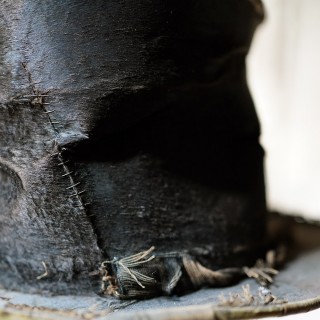 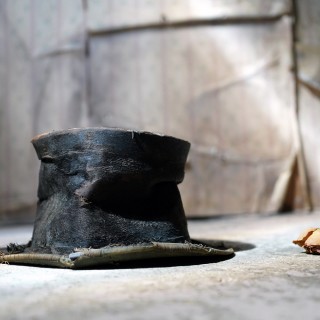 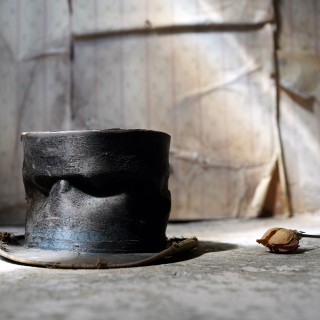 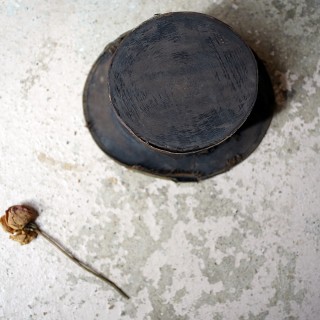 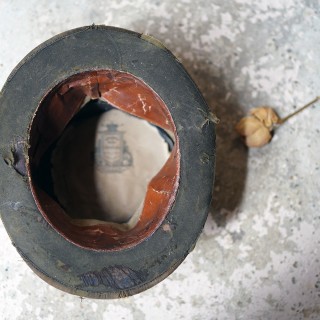 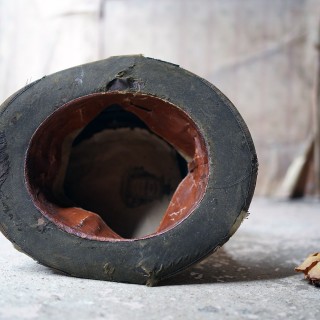 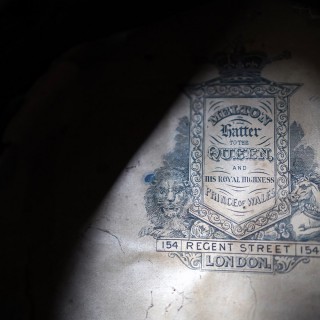 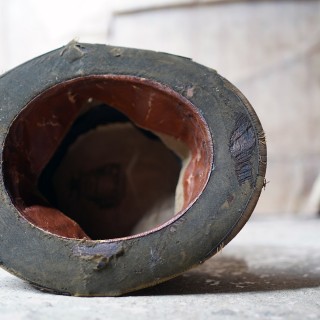 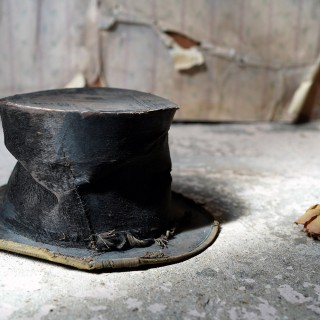 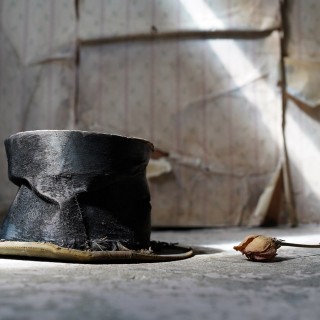 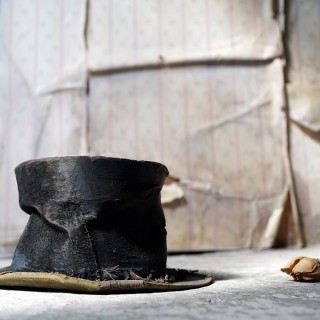 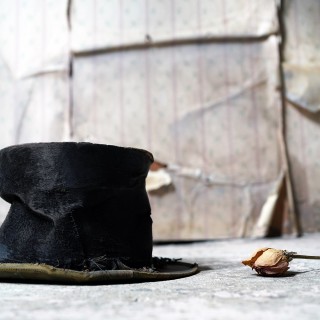 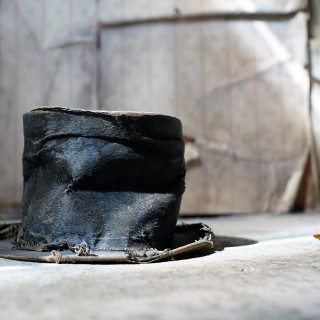 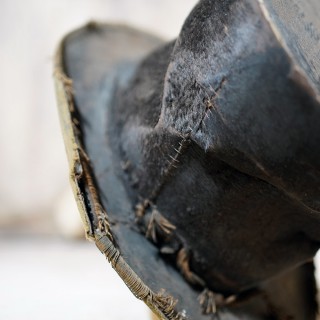 The beaver fur black top hat by Melton, hatter to the Queen, with the original label stamped in gold on watered paper with crown, flags and recumbent lion reading Melton – Hatter to the Queen and his Royal Highness Prince of Wales, 154 Regent Street, London – the whole being crafted in Beaver felt with a leather band under the brim and remnants of a black grosgrain ribbon, and the most wonderful hand stitched repair, surviving from the high Victorian period.

In 1881 Melton resided at 194 Regent Street so this hat pre-dates that period, whilst a Melton hat is featured in the 1841 painting of the Prince’ dog Eos, and the firm also wrote ‘Hints On Hats’ published in 1865. Indeed, the top hat became an essential component of the gentleman’s wardrobe in the mid-19th century. During the reign of Queen Victoria in England, where this example was made, the gentleman who wore such a hat also followed a prescribed code of etiquette, such as raising or tipping the hat or touching the brim to acknowledge his social peers or superiors. Such attention to detailed social protocol also meant that hats made of silk plush, as this is, required frequent brushing to ensure the hat and the gentlemen always looked polished.

An oracle with no tongue.

The condition of the hat is thoroughly charming and immeasurably evocative. It was obviously the most cherished item of this person’s wardrobe, clearly worn every day for many years, and the large hand-stiched repair elevates it into something totally different.