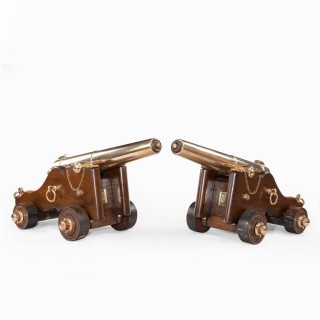 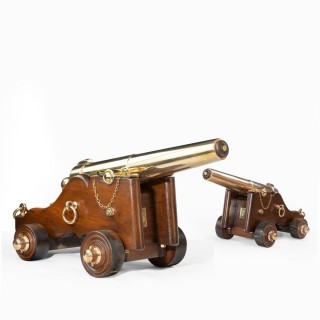 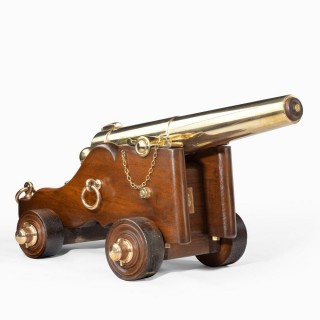 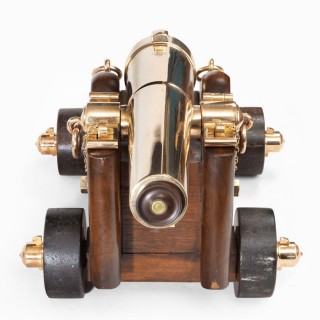 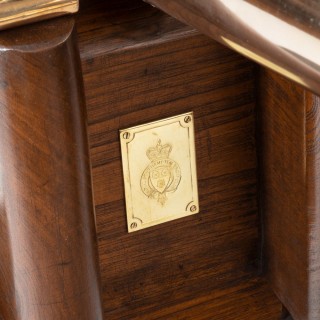 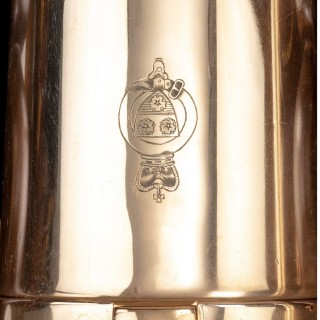 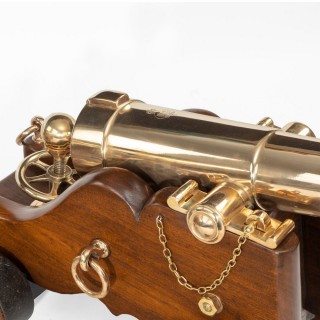 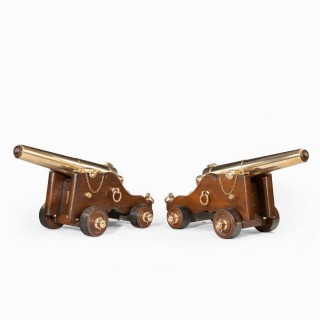 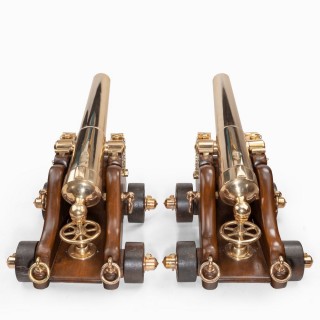 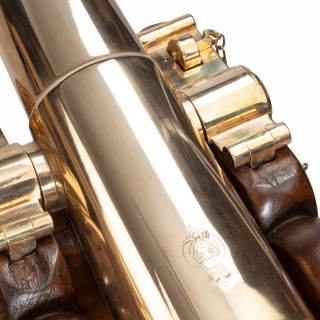 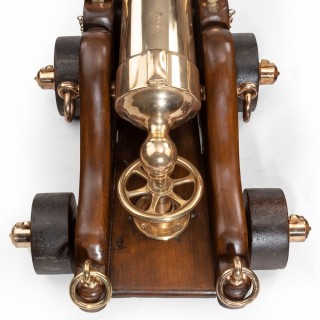 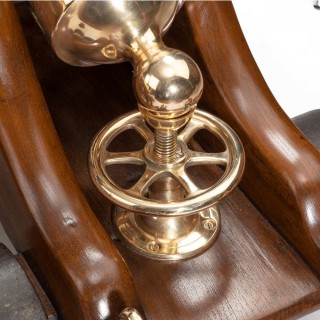 Each 39 inch tapering barrel has one reduction and a ball cascabel. The trunnions have chain and pin locks and cast bronze trajectory elevation mechanisms to the rear.

Provenance: Royal Southampton Yacht Club until the dispersal of the contents of their Ocean Village Clubhouse in 2018.

The RSYC was originally the ‘West Quay Amateur Regatta Club’ (founded in 1858) but members voted to change its name to the ‘Southampton Yacht Club’ in 1875 and the Royal and Admiralty Warrant was granted two years later. In accordance with its new status, an imposing Victorian ‘Domestic Gothic’ style clubhouse, complete with a high ‘lookout tower’ was constructed at 79, Above Bar, Southampton. Angela Rice in her article on the club’s history cites ‘it was said that the building apparently could, from its external appearance, have been mistaken for the Town Hall, had it not been for the four brass cannon outside’. It is concievable that these cannon are two of the four mentioned. Despite miraculously surviving the blitz on Southampton of the night of 30th November, 1940, the building was sold for retail development and demolished in 1947. The clubhouse moved inland to Northlands Road and then again to Ocean Village when the old Princess Alexandra Dock was transformed into the Ocean Village Marina in 1987. Earl Mountbatten of Burma (see page 112) was admiral of the club from 1965 until his assassination in 1979.