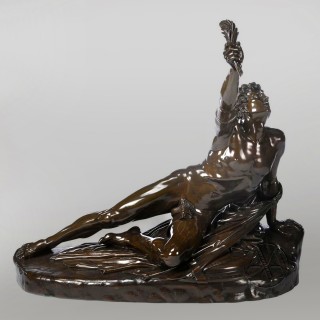 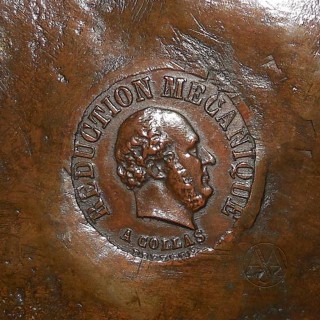 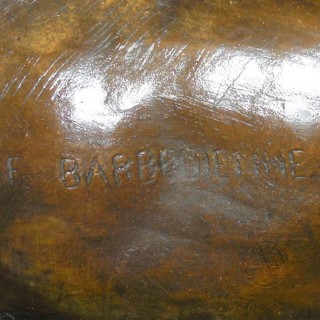 ‘The Soldier of Marathon’ – A Large Patinated Bronze Group After A Model by Jean-Pierre Cortot, Cast by Ferdinand Barbedienne.

Jean-Pierre Cortot (d. 1843) studied at the Ecole des Beaux-Arts, Paris. After winning the Prix de Rome in 1809, he returned to Paris as professor at the Ecole. Cortot exhibited the plaster model of this sculpture at the Salon in 1822. In 1831, Louis-Philippe, recently crowned, commissioned a marble version from Cortot which is now exhibited in the Louvre.

Barbedienne edited the model in four sizes, the present cast being an example of the largest.