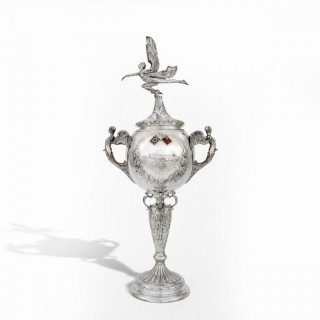 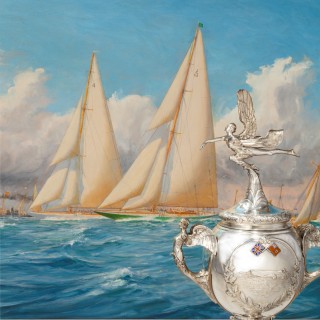 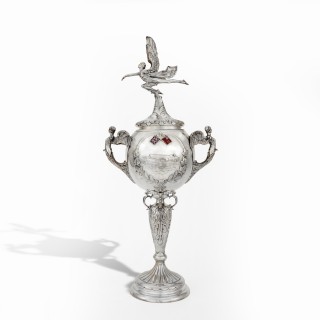 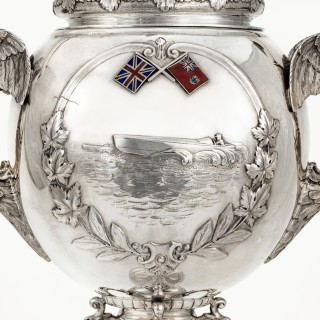 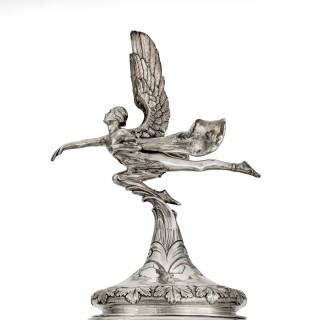 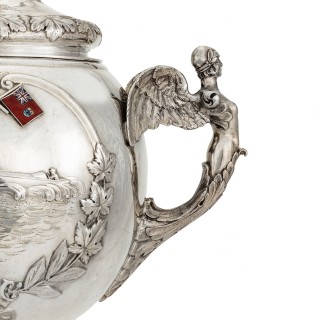 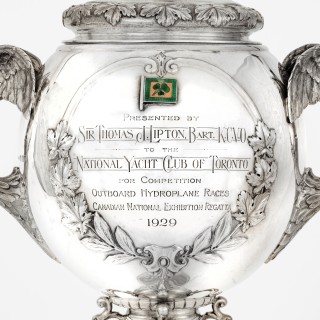 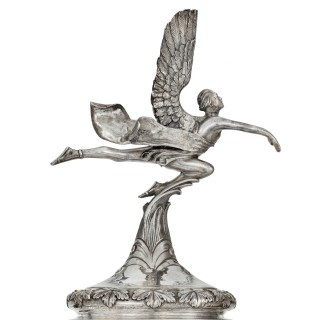 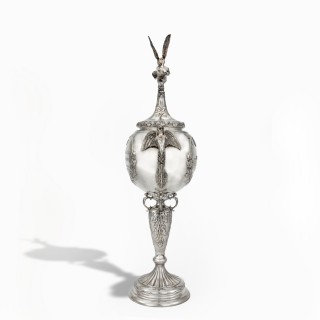 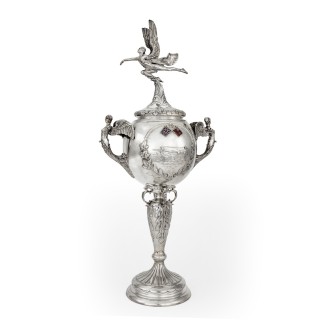 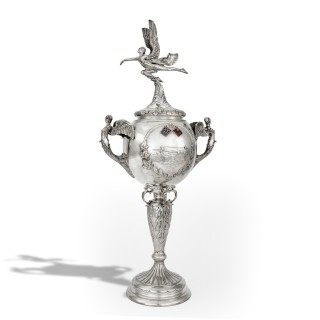 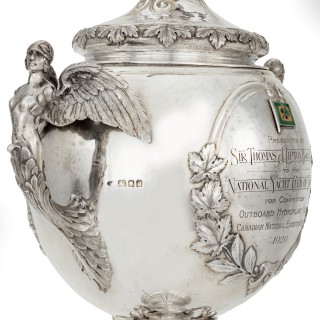 The Thomas Lipton National Canadian Regatta Hydroplane Cup, 1929, this tall Art Deco silver trophy was made by Goldsmiths and Silversmiths in London for the Canadian Natonal Exhibiton Regatta of 1929. The spherical bowl is raised on a tapering baluster base with repoussé acanthus leaves on a radiating gadrooned and scalloped foot. The cover is surmounted by the winged, draped and sandal-shod figure of the goddess Nike launching into flight from the crest of a wave. The handles are formed by similar winged female figures. Each side is embossed and chased with a victor’s wreath enclosing, on one side, a motor boat carving though waves below the crossed enamel flags of Great Britain and Canada, and a burgee of The Royal Harwich Yacht Club above the legend ‘Presented by Sir Thomas J. Lipton Bart. KVCO to the National Yacht Club of Toronto for competition outboard hydroplane races Canadian National Exhibition Regatta 1929’ on the other. Hallmarked.