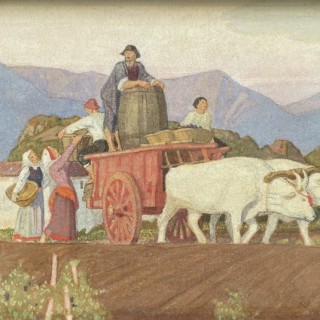 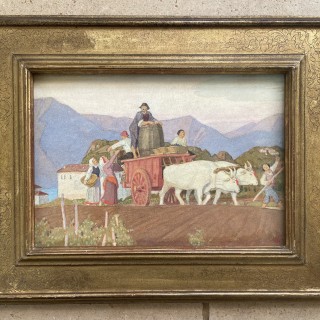 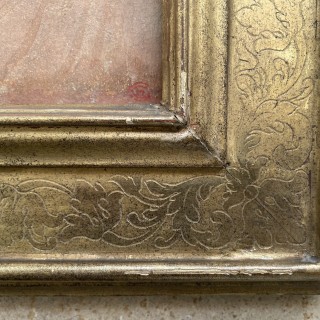 Signed with monogram l.lr, signed again with monogram and dated 1912 on the overlap; signed and inscribed with title on the backboard
Tempera on canvas
In original frame, probably made by Edith Payne, the artist’s sister.

Provenance:
Charles H. St John Hornby (no.053 in the catalogue of his collection.)

The current work is a smaller and earlier version of Vintage in North Italy, the artist’s 1913 tempera on canvas, now in the collection of Manchester City Art Gallery.

This work was in the collection of Charles H St John Hornby (1867-1946), founder of the Ashendene Press. Under the influence of Emery Walker and Sydney Cockerell he set up the press in Ashendene, Hertfordshire in 1895. In 1899 it moved to Chelsea and operated until 1935, apart from a break in production during World War I. Producing small print runs of beautifully executed books he employed a number of important artists and designers including Eric Gill and Robert Catterson-Smith, then head of Birmingham School of Art. In c.1910 he commissioned Charles March Gere and Margaret Gere to produce a group of illustrations for his edition of The Morte D’Arthur which was published in 1913. He was a keen supporter of both Charles and Margaret, he owned a number of their paintings.