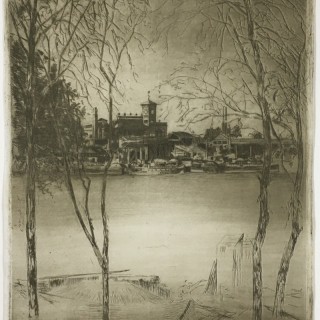 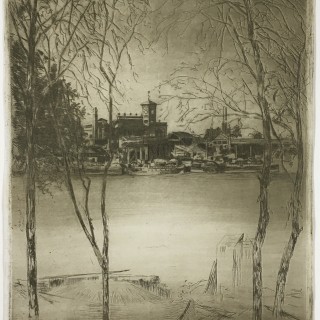 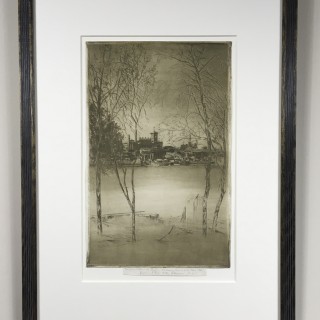 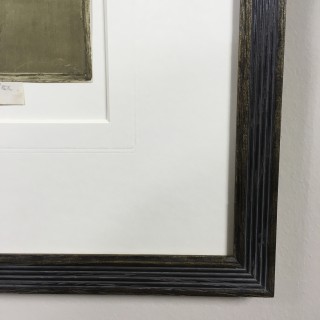 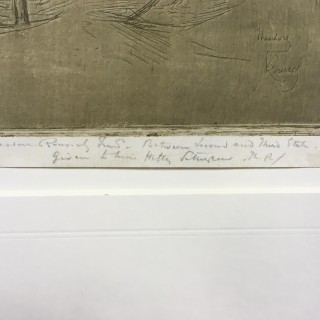 Etching, signed in the plate, trimmed to the plate mark and signed and inscribed on the tab: Theodore Roussel Inv. Between Second and Third state. Given to Miss Hetty Pettigrew. Th R.

Executed 1889-90, this etching is also known as Laburnums and Battersea, Corner of the New Bridge White in Construction. The pile of sand in the foreground is presumably for the work on the construction of new Battersea Bridge, the old bridge having been demolished in 1879. Versions are in the collection of the British Museum, London and Museum of Modern Art, New York. This print was a gift from the artist to his favourite model, Hetty Pettigrew. She most notably sat for his 1886-7 oil The Reading Girl (Tate Gallery) but she also sat for Whistler, Holman Hunt, Millais and others.