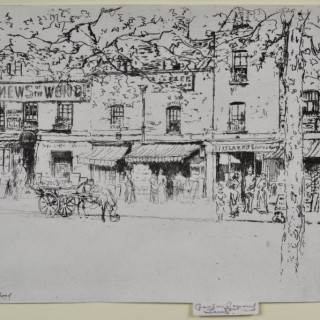 The Street, Chelsea Embankment was executed c.1888-9 in a total of about 40 impressions. It shows the busy shop front on Chelsea’s riverside between Danvers Street and Beaufort Street. The area was demolished at the time of the rebuilding of Battersea Bridge in 1889.