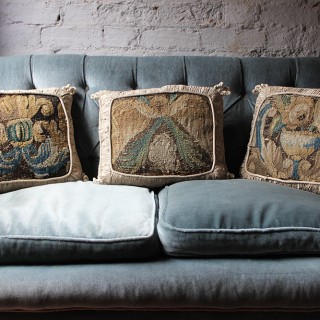 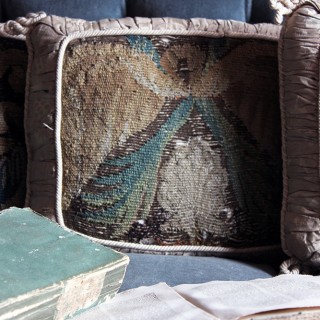 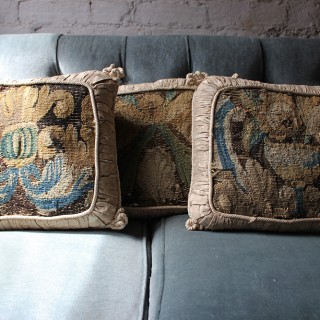 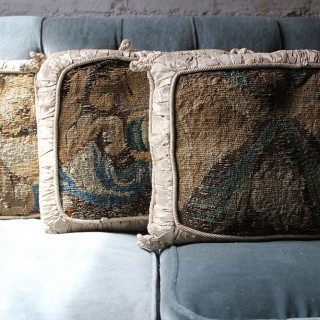 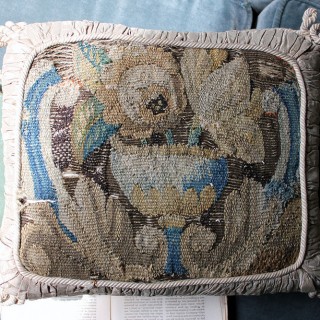 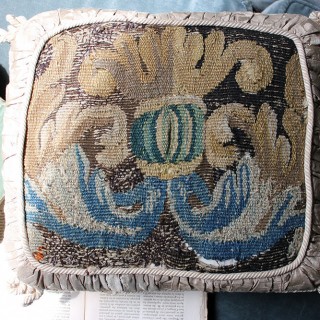 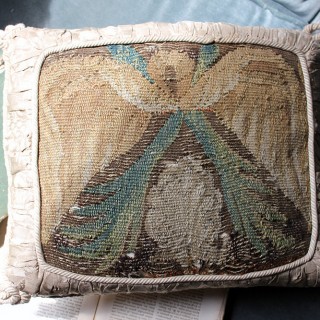 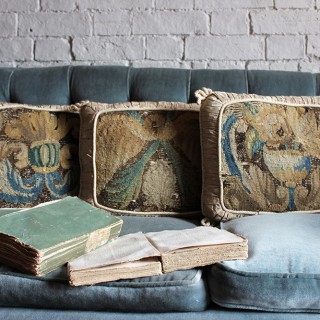 The trio of cushions woven with tapestry fragments of an urn of flowers, an angel and a fleur de lys, all against foliate grounds, with pleated edgings, worked in blues, greens and golds, survive from the seventeenth century, incorporated into cushions in the twentieth century.

The cushions are in relatively good condition with some holes and loss to the tapestry as per the photographs but nothing of major concern. The silk backing is in relatively good clean order. They are in the kind of fettle you would expect from use as cushions for several years and the tapestry elements are obviously far older so the wool is more fragile than the silk.

It is not entirely certain where verdure tapestries were first produced. However, it is known that by the sixteenth century, they had become a recognized tapestry art form. The word ‘verdure’ derives from the French word ‘vert’, meaning green. For centuries ‘verdure tapestries’ remained highly popular and were made on a large scale for exportation. That was, until the arrival of wallpaper, which served as more economical way to decorate a room.

Cushions don’t come much older or any more charming than these; gorgeous wallpaper for your sofa.