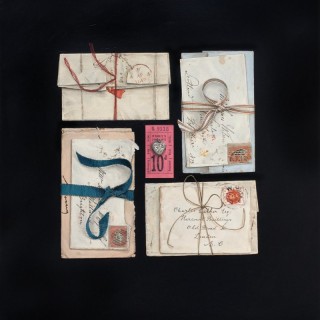 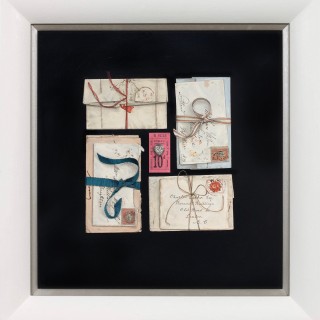 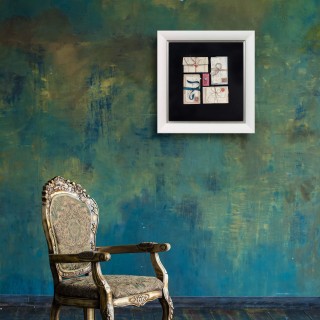 Rachel studied at Central St Martin’s, graduating with a degree in Graphic Design and Illustration in 1987. For two decades she worked as a professional Illustrator before embarking on a career as a fine artist, becoming full time in 2010. The same year she won her first prize at the Royal Glasgow Institute and was hung in the Sunday Times Watercolour Competition at the Mall Galleries. She has exhibited regularly at the Royal Scottish Academy, the Royal Scottish Watercolour Society and the Lynn Painter-Stainers Prize where she was a runner up in 2012. Her work is held in the permanent collection of the Walter Scott & Partners Corporate Art Collection in Edinburgh.

I have always loved observational drawing and painting. It is a form of magic to me to recreate the world around me in two dimensions and my work has developed from that. I know that people enjoy the technical skill in my work but I want to affect them at a deeper emotional level with what I choose to paint and how I paint it.

I first became a fine artist after working as an illustrator for about 20 years. I enjoyed my illustration career very much but eventually became frustrated by the restriction of answering a brief. My transition from illustrator to painter was gradual and started in an unconscious way. I began to enter my paintings into open exhibitions and was invited to exhibit in galleries while I was still working as an illustrator. Eventually I was able to focus purely on painting.

At first, I chose to paint the shoes that my children had outgrown, a subject matter with a strong emotional undertone for me. Subsequent work has evolved from that. I get given or seek out possessions of others from the past. I like my subjects to be worn or handled. The patina they have developed of creases and scratches suggest the passing of time, a life lived. I take great care over composition presenting my subjects rather as if they are in a museum case. Ordinary objects often dismissed, presented with a heightened weight and meaning.

I work in acrylic paint, a medium I became proficient with as an illustrator. I understand how it works and now feel very comfortable with it. I like to paint on to wooden panels rather than canvas giving a smooth surface to paint on, which makes painting detail easier.

I always work from direct observation rather than photographs. I believe I can understand the form and the subtleties of a subject so much better that way. I do however use a camera to help with the planning of compositions. This takes quite a lot of time. I plan very thoroughly and tend not to change composition once I have started a painting.

My studio is a conservatory so the light is fantastic. This reliance on natural light does however mean my working days during the winter are considerably shortened. I like to work on one painting at a time seeing it through to completion before starting another. I start off by painting in the background and then working in layers, first with reasonably large brushes. It is then a process of adding layers of refinement. Fine brushes sharpen up the final details. Colour can change throughout the time of painting depending on time and weather but that doesn’t seem to matter. I think this constant change gives the painting life that could never be achieved by painting from a photograph.

Shown at our Scottish Show 2021. Get in touch if you want to receive the exhibition catalogue