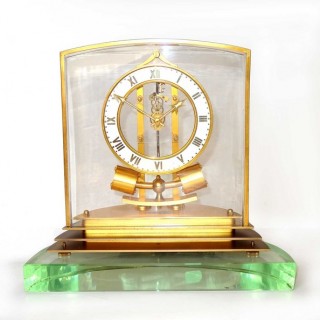 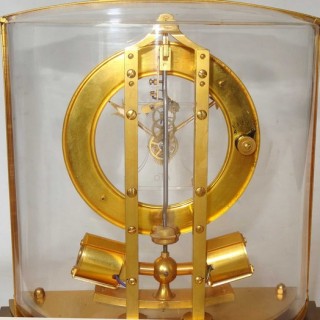 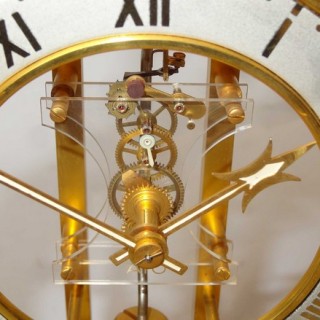 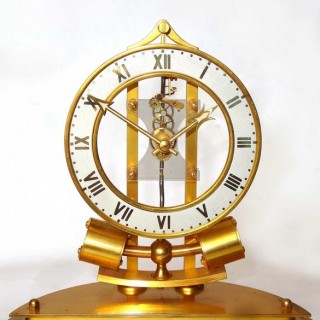 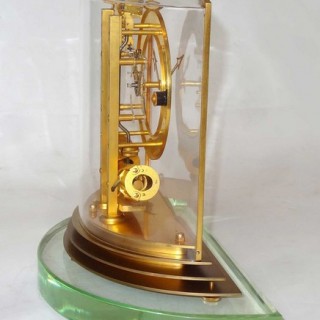 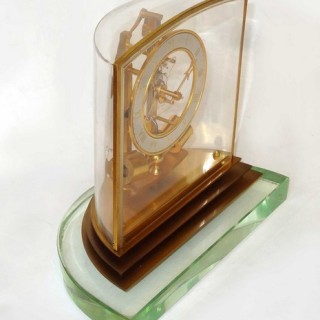 A pioneering development in electric clocks, ATO developed the transistorised clock in the early 1950s, of which this is a very fine example. Not only is it rare technology, but its design makes for an aesthetically very pleasing clock.

In 1954, the first transistorized clock was designed by Lavet, a director at the Hatot Company. The previous ATO clocks had a mechanism that physically opened and closed a circuit to provide the impulse to the magnet through an activated coil. The use of the transistor allowed for the removal of the switch gear, thus overcoming well documented unreliability problems. The impulse coil was now activated by a second transistorised coil.

The movement is mounted on a gilded brass stepped stand. and is visible through the skeletonised dial ring with Roman numerals, and arrow and spear point hands.

The movement and reinforcement are marked ” ATO “.

The battery which powers the clock is hidden within the base.