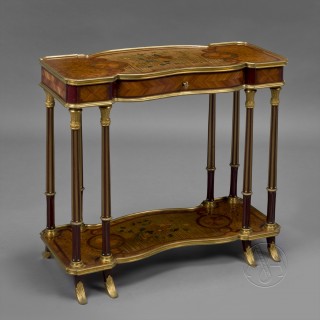 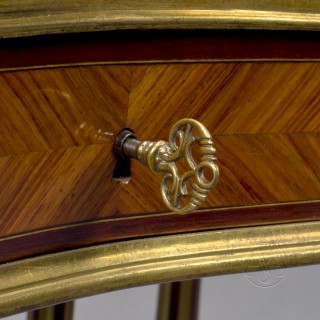 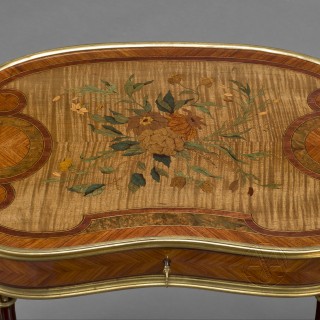 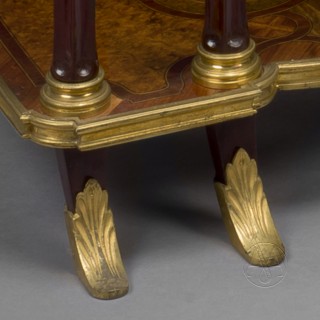 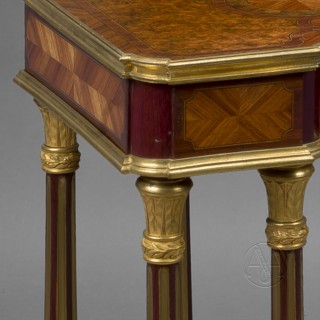 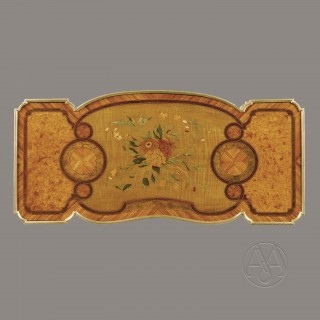 This unusual table has a shaped top centred by an inlaid floral bouquet, above a frieze drawer. It is raised on eight tapering fluted columns, each headed by acanthus leaves and a floral band and joined by a shaped under-tier with similar floral inlay, on spreading acanthus-cast feet.

Maison Krieger exhibited at the 1849 Exposition des Produits de l’Industrie in Paris and at the Universal Exhibitions of 1851 in London and 1855, again in Paris. At the 1851 Great Exhibition in London Krieger were awarded a medal for an exhibition oak sideboard made for a client from the Ottoman Empire. Maison Krieger created numerous furniture styles, and the firm exhibited at all the major exhibitions of the nineteenth century up to, and including, the 1900 Paris Exposition Universelle.